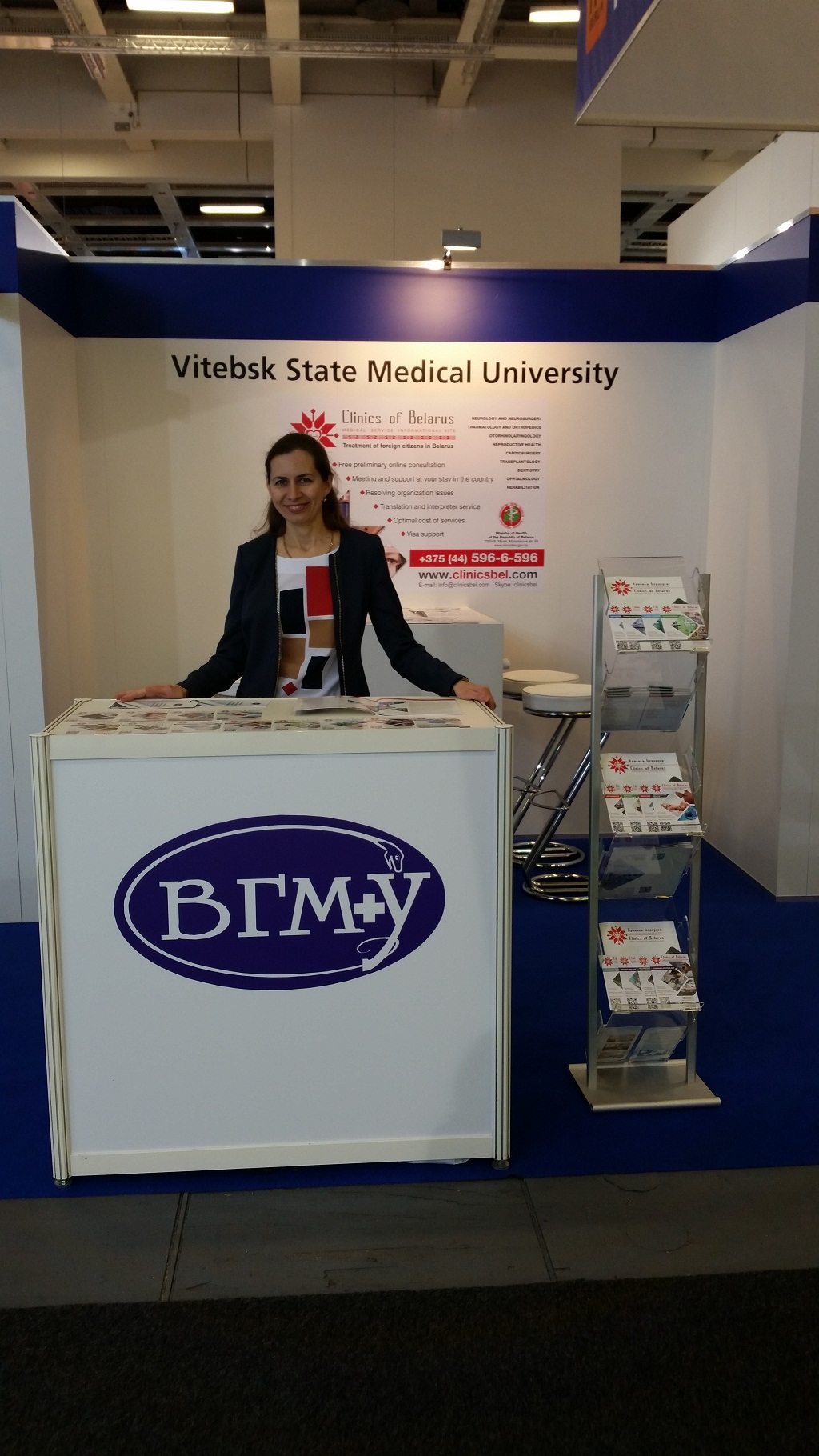 On 8 – 12 March, 2017, Vitebsk State Order of Peoples’ Friendship Medical University took part in the international tourism exhibition ITB Berlin 2017 (the sector for medical tourism), which was held in the Federal Republic of Germany at the Messe Berlin exhibition complex.

ITB Berlin 2017 reflects the international tourism industry to be the main forum of the industry, covering the whole world. All the directions and links in the chain of creating the tourist product were presented at the exhibition.

Participants from 5 continents, 185 countries were involved in that fair representing more than 10,000 exhibitors.

For the first time in 51-year long history, ITB Berlin 2017 organized a section for medical tourism, in which, besides our university, the representatives from Turkey, the United Arab Emirates, and Poland participated. Medical tourism is highly demanded and intensively developing direction, therefore the new section attracted a lot of attention from the organizers of the event, the heads of foreign tourist and medical companies, visitors and journalists. On 8 March, 2011 - the day of the grand opening of the ITB Berlin 2017 - our exhibition site was visited by the Minister of Foreign Affairs of Turkey, Mr. Mevlut Cavusoglu.
During the exhibition, negotiations were held with foreign partners to attract patients to the clinics of the Republic of Belarus. The advantages of examination and treatment in our country were outlined and the entire list of services provided by the state operator of medical tourism "Clinics of Belarus" and the VSMU clinic was offered. Foreign citizens who wanted to study at our university, as well as those interested in academic exchanges of students and academic staff, were provided with complete information about this issue.
Participation of VSMU in the ITB Berlin 2017 caught great interest among visitors to the exhibition and journalists. During this event, interviews for local mass media were repeatedly given to popularize the medical tourism and attract more interested foreign citizens to the Republic of Belarus for further examination and treatment.
In addition to our advertised services, posted on the ITB Berlin 2017 website in the Virtual Market Place section, the information about our stand was published in the Aloha News Europe newspaper and in the Thomas-Morus Academy blog for ITB Berlin 2017 in cooperation with Messe Berlin during the exhibition.
Participation of VSMU in the ITB Berlin 2017 exhibition can promote in increasing of the export of medical services by the healthcare organizations of the Ministry of Health of the Republic of Belarus, as well as to popularize the opportunities of our university in the international arena. 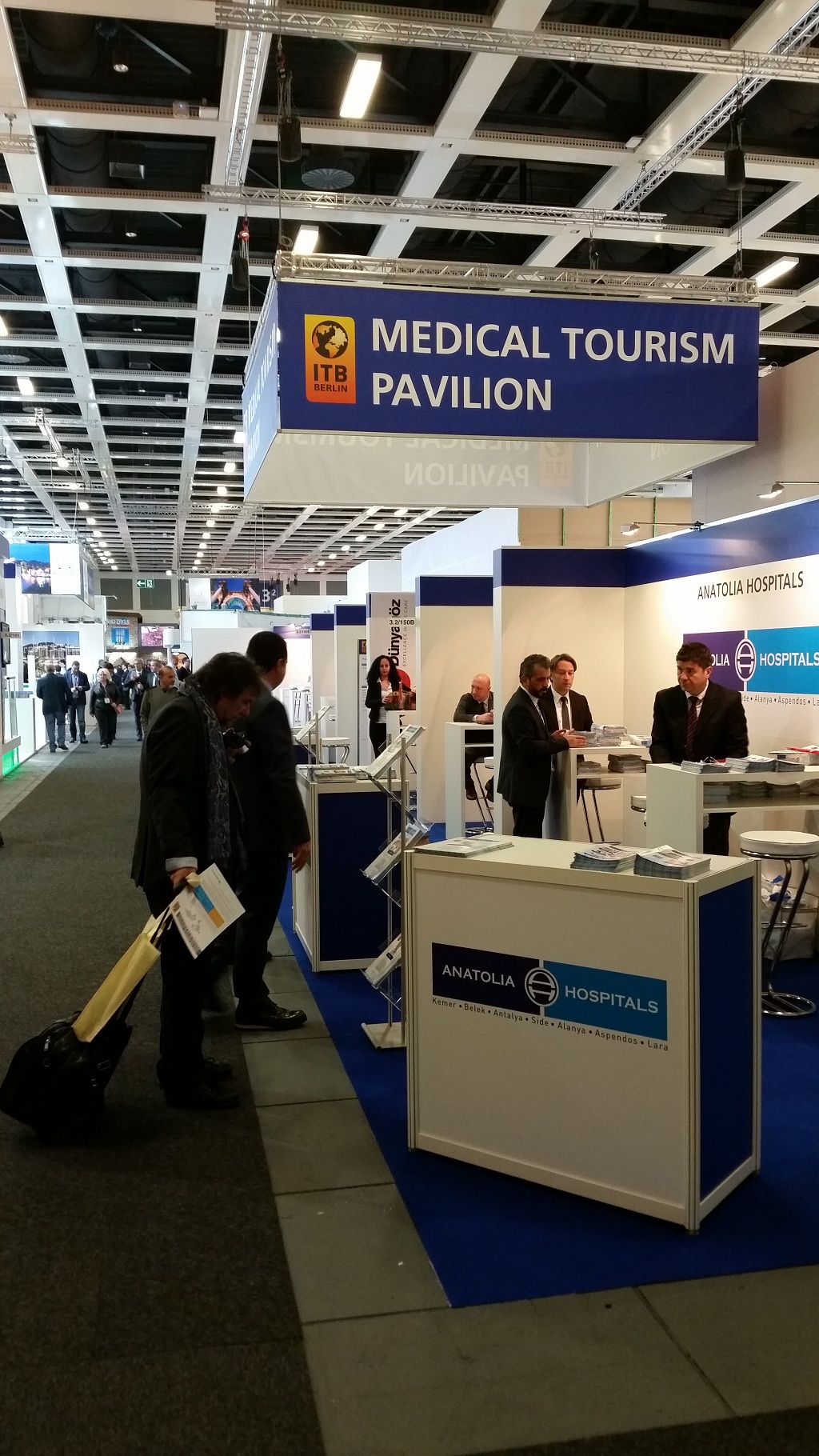