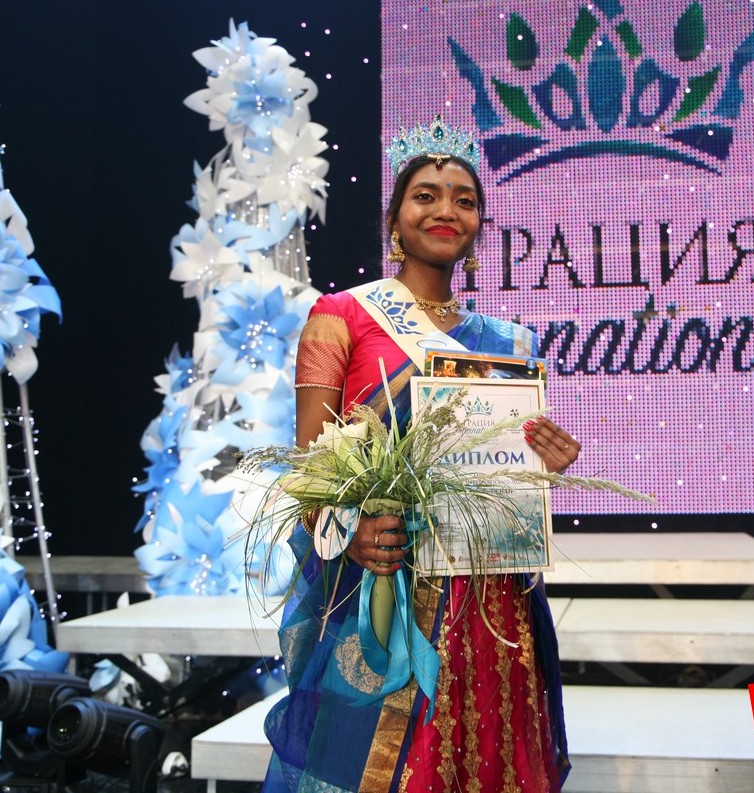 On March 18, 2021, the II Open Competition of National Cultures, Creativity and Beauty “GRACE INTERNATIONAL” was held in the VITEBSK Concert Hall, participated by the girls from 9 countries – the students of higher education establishments of the Republic of Belarus. Two students, representatives of the Democratic Socialist Republic of Sri Lanka and the Republic of India, of the overseas students training faculty of our university took part in this competition.

Within the framework of the competition, foreign beauties cooked national dishes, showed oratorical skill both in Russian and their native languages, performed creative acts – sang songs, danced, and also paraded in national costumes and spring dresses made of linen.

Following the results of the II Open competition of National Cultures, Creativity and Beauty "GRACE INTERNATIONAL", the title of Miss Grace International was awarded to the representative of India Suyambu Kesavan Hema, a student of Vitebsk State Medical University. The girl also won a special prize from the travel agency "ILVA".

It would be noted that VSMU students won twice, having received the Grand Prix in the I and II Open Competition of National Cultures, Creativity and Beauty "GRACE INTERNATIONAL".

Our best congratulations to Suyamba Kesavan Hema and Amarasuriyage Nuwanthi Gayani Wijerathna on the victory!