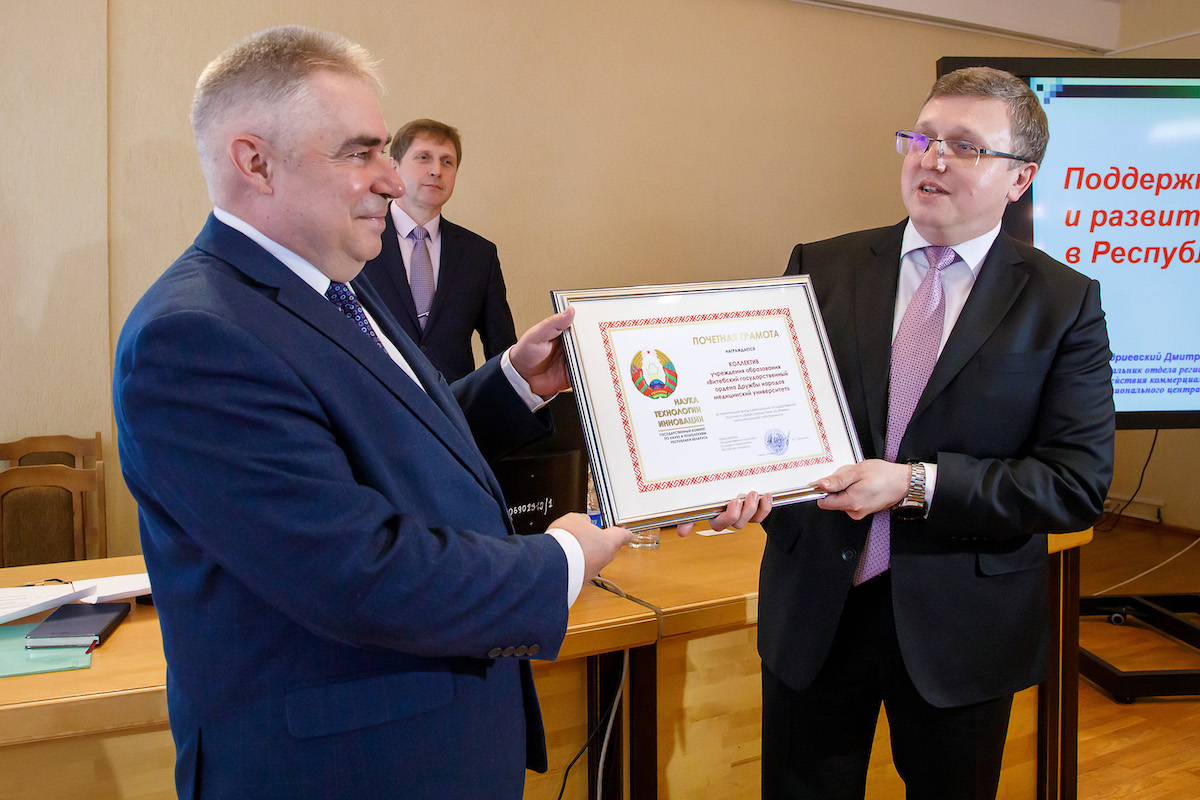 On April 20, 2021, in the conference hall of the morphological building of VSMU, a republican seminar was held on organizing the work of Technology and Innovation Support Centers and topical issues of protection and management of intellectual property rights, organized jointly with specialists from the National Center for Intellectual Property and the State Committee on Science and Technology of the Republic Belarus.

During this event, the development of a network of Technology and Innovation Support Centers in the Republic of Belarus was discussed, the feasibility and choosing the optimal form of legal protection for the results of intellectual activity was assessed, introducing intellectual property into civil circulation, as well as topical issues of copyright were reviewed.

At the end of the seminar, Vice-Rector for Scientific and Research Work S.A. Sushkov and Director General of the NCIS V.A. Ryabovolov signed an agreement on setting up a VSMU-based Technology and Innovation Support Center. The created center became the tenth in the Republic of Belarus and the second one operating on the basis of universities in the country.

On the eve of the International Day of Intellectual Property (April 26), the Chairman of the State Committee on Science and Technology of the Republic of Belarus A.G. Shumilin congratulated the staff of the educational establishment "Vitebsk State Order of Peoples’ Friendship Medical University" and awarded a certificate of honor for significant contribution to the implementation of state policy in the field of protection of intellectual property rights. 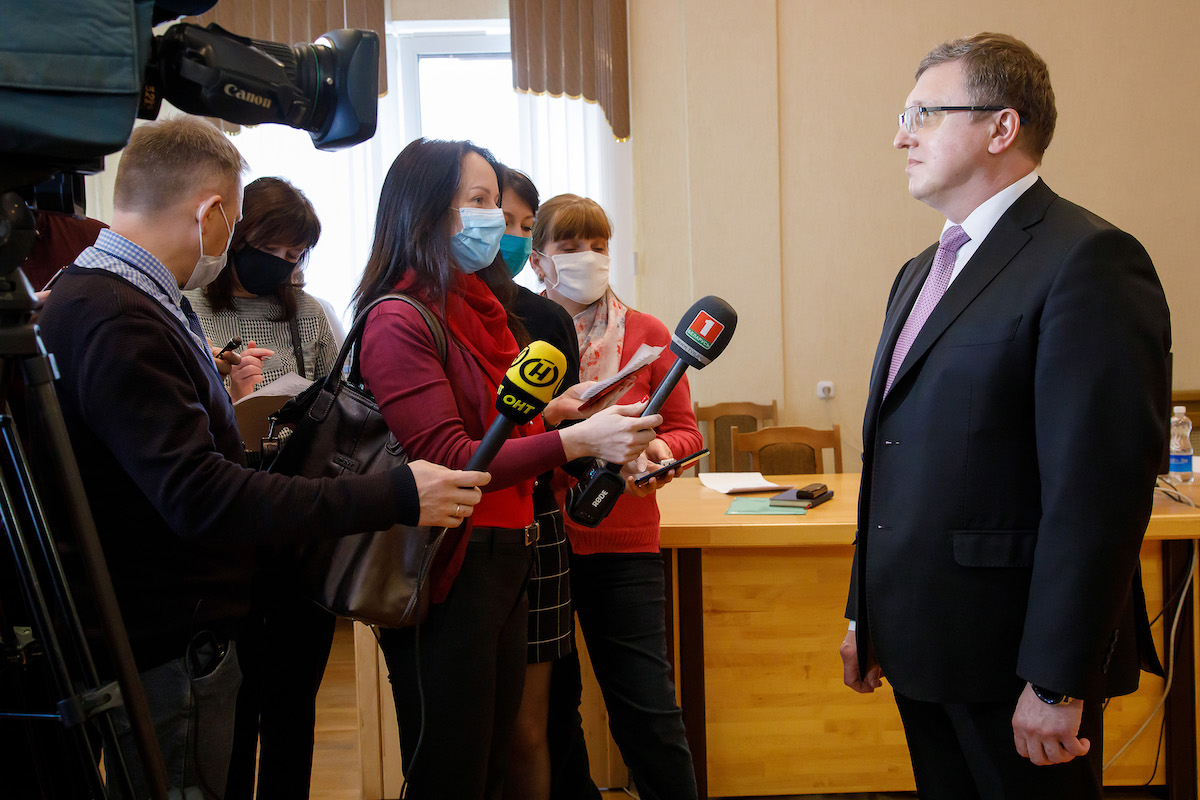 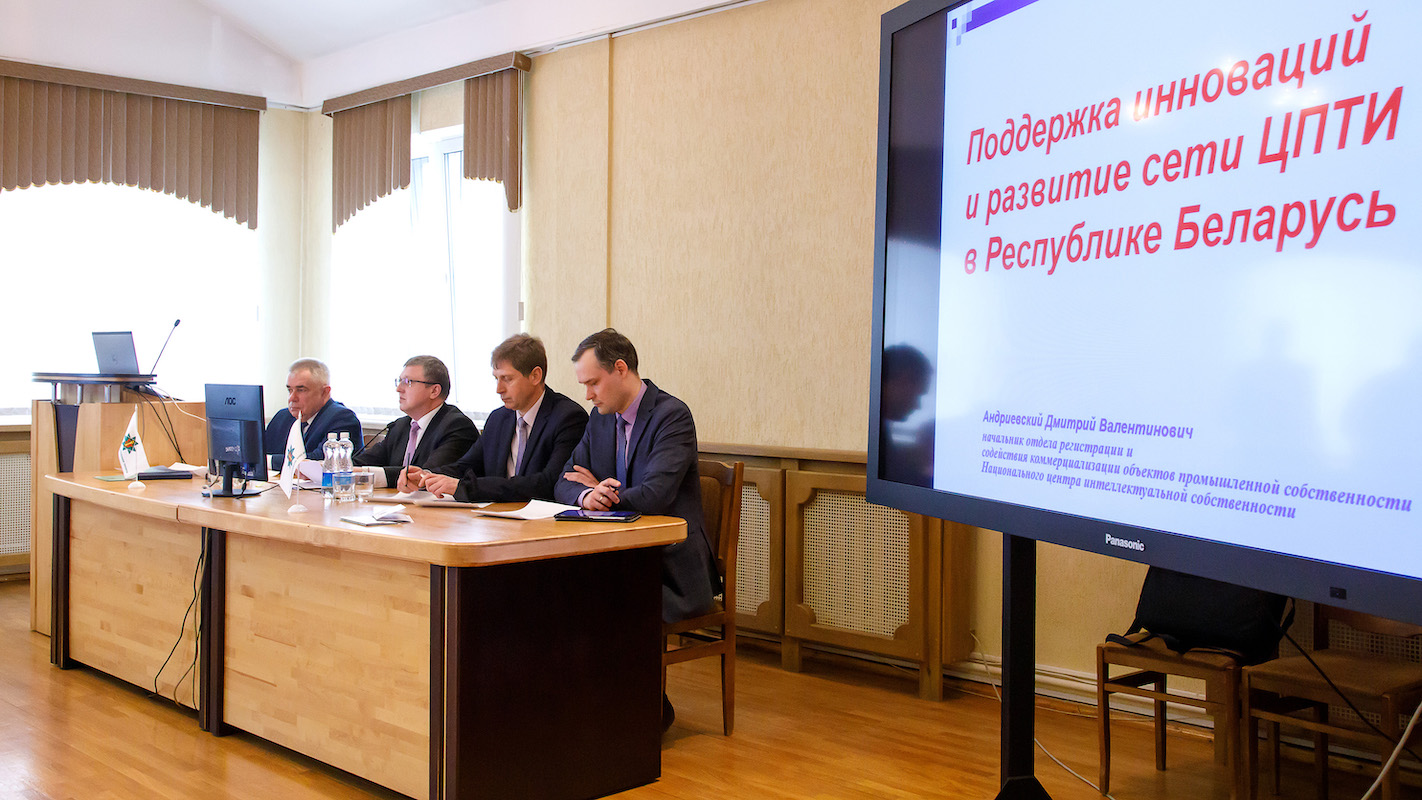 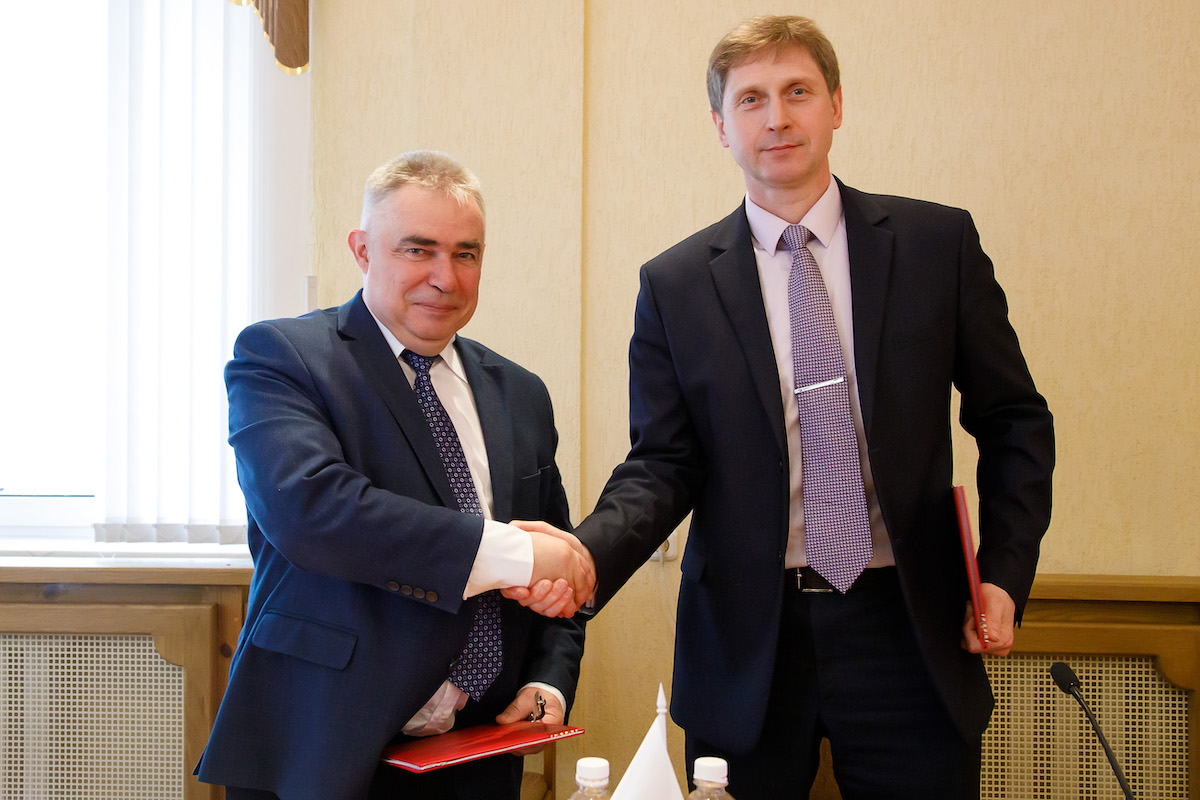 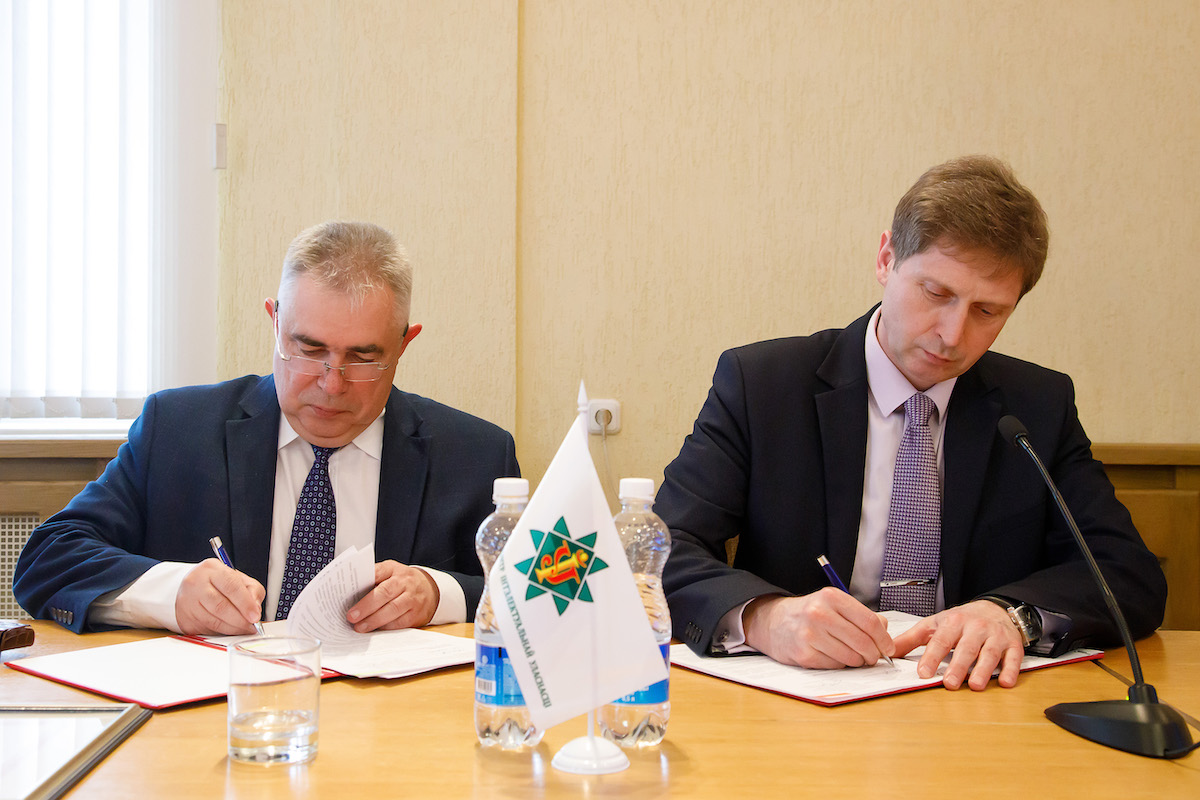 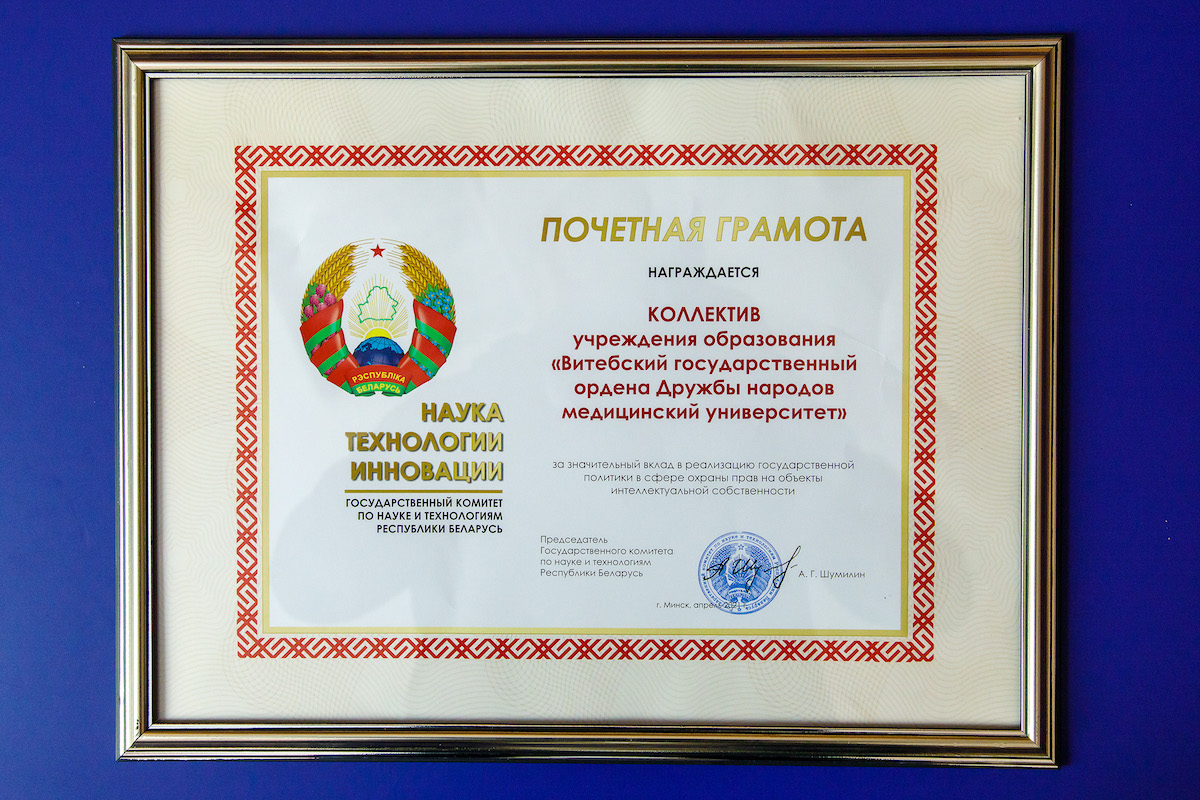