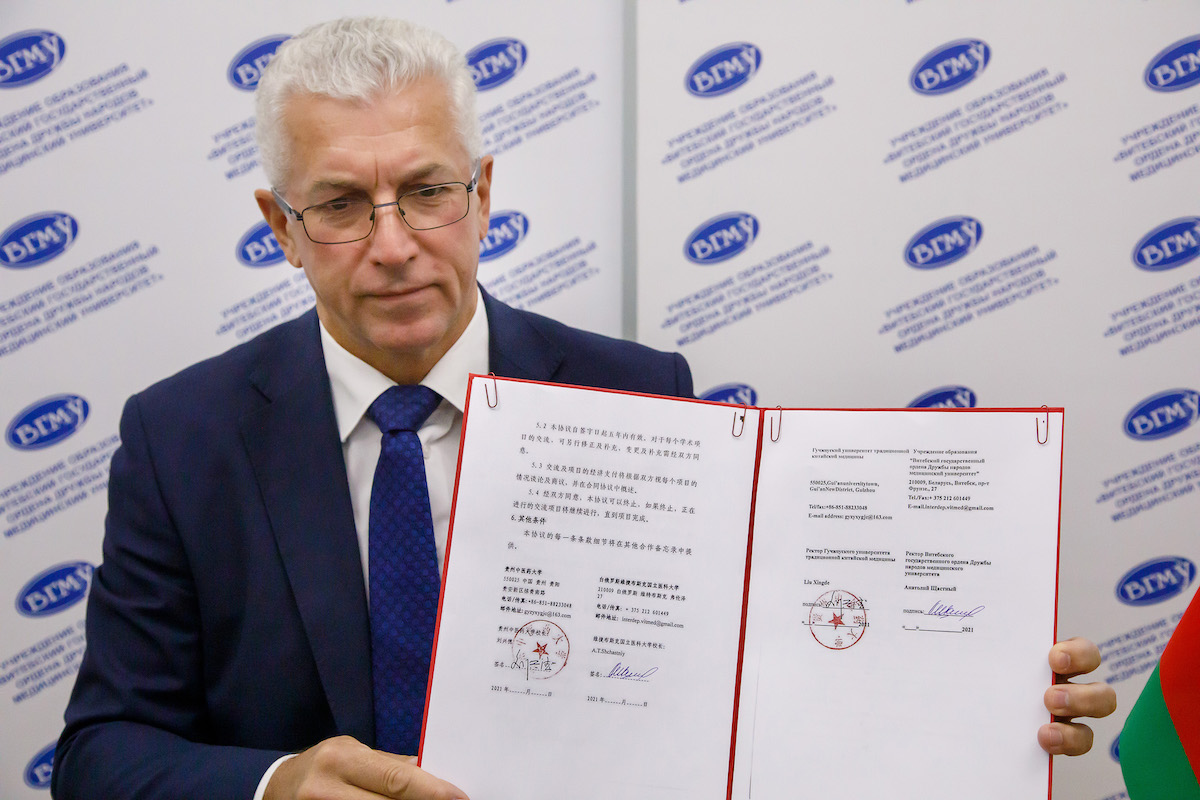 On August 25, 2021, an online dialogue between the rectors of Chinese and Belarusian universities and a ceremony of signing an Agreement on the establishment of twinning relations between Guizhou Province and Vitebsk region was held. The event was attended by the rector of VSMU, Professor A.T. Shchastniy, as well as Vice-Rector of International Affairs and Work with Foreign Citizens, Associate Professor M.M. Savchuk.

During the meeting, the rector of the university A.T. Shchastniy and the president of Guizhou University of Traditional Chinese Medicine (China) Liu Xingde spoke about the activities and achievements of their universities, and also discussed the possibilities of promising cooperation between educational institutions.

The event ended with the signing of an Agreement on Academic Cooperation between Vitebsk State Medical University and Guizhou University of Traditional Chinese Medicine, thereby laying the foundation for the development of further cooperation. 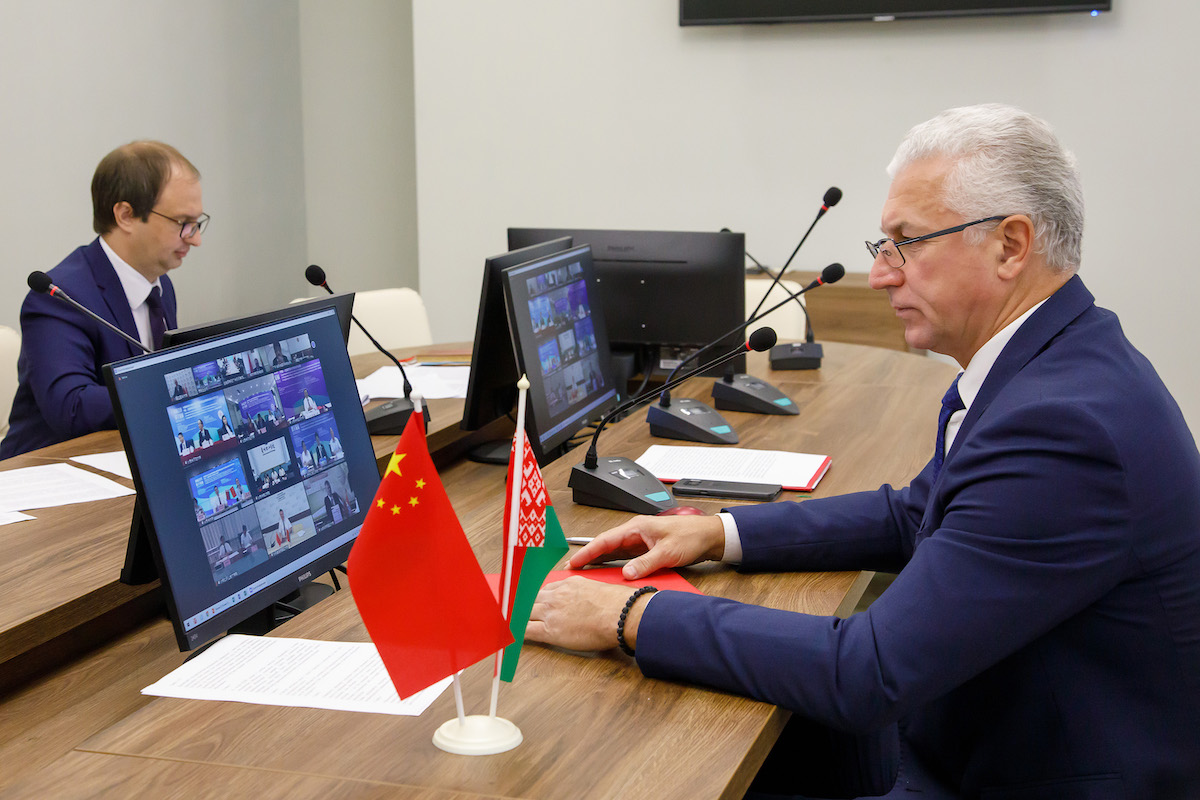