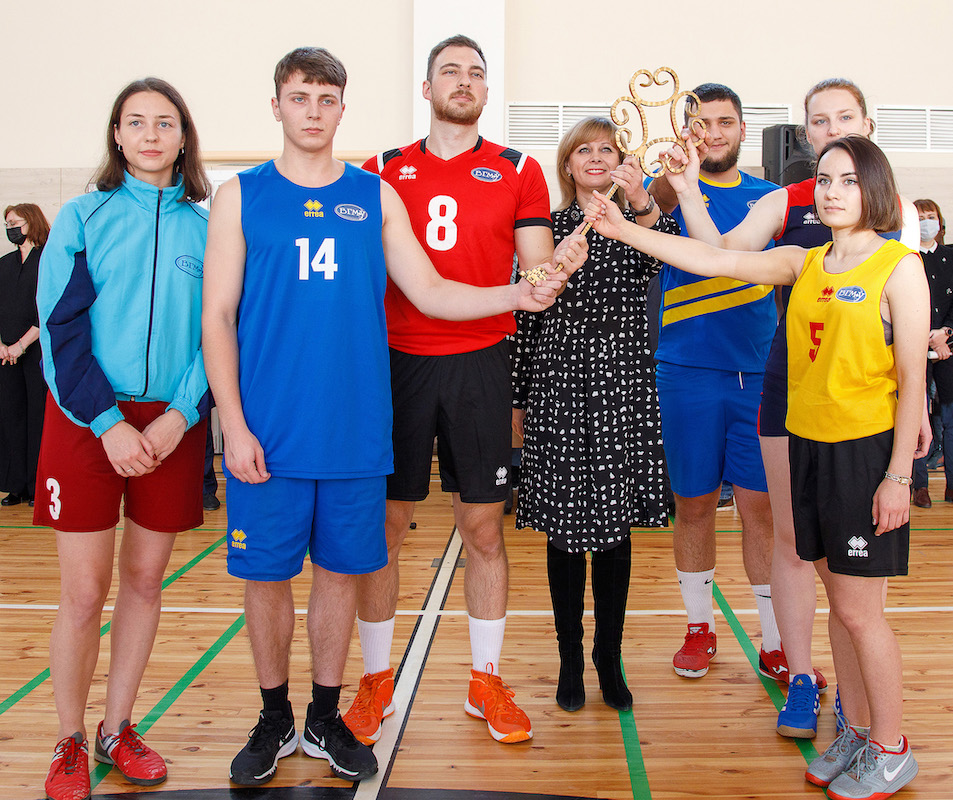 On November 1, 2021, on VSMU birthday , there was a grand opening of a beautiful, large, bright sports hall of the university equipped with modern facilities after the reconstruction. The Vice-rector for Educational and Ideological Affairs Natalia Gennadievna Boltrushevich handed over the symbolic key to the captains of the university student teams. At the end of this event, the match between “Sparta” and “Tarantula” teams was played, thereby having opened the series of games of the VSMU Mini-Football League.