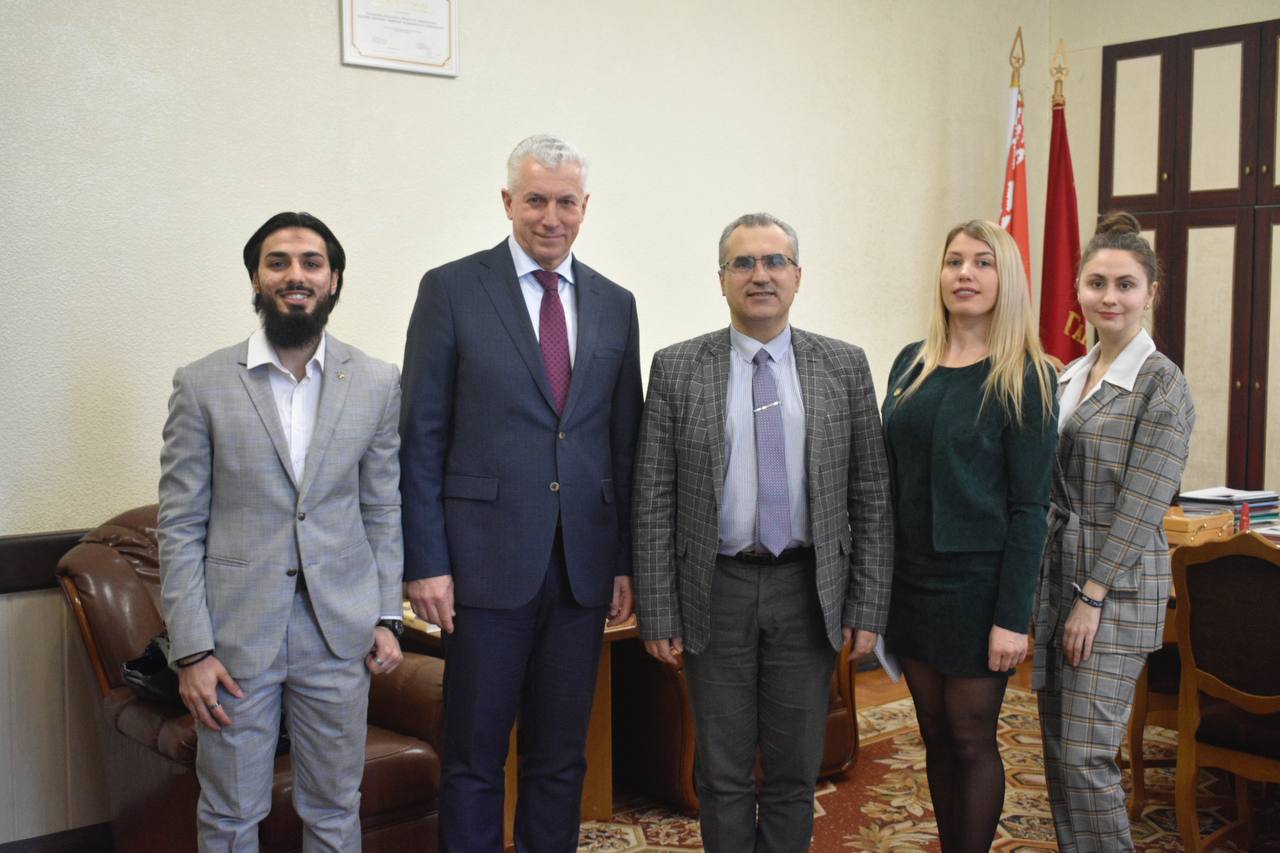 On March 31, in Vitebsk State medical University, the final distribution of graduates of the medical and pharmaceutical faculties took place.  The event was attended by Deputy Minister of Health of the Republic of Belarus  Cherednichenko Dmitry Vladimirovich.

Victoria Randarenko, a student of the Faculty of Dentistry, noted the great importance of the VSMU Dental Polyclinic, which provided students of the Faculty of Dentistry with a tremendous opportunity to participate together with teachers in providing dental care to the residents of Vitebsk, gain the necessary knowledge and develop practical skills.  Victoria asked Dmitry Vladimirovich on such a significant day for graduates of VSMU to tell about his choice of profession and first place of work, about how the distribution influenced his future life.

Dmitry Vladimirovich said: “I was born in Russia, but the family moved to Baranovich at the place of my father's service.  In fact, the city of Baranovich is my second Motherland.  You will laugh, but my mother still congratulates me on the Day of the border guard, since we lived in a military town, and I was going to be a border guard until I was twelve!  There were no doctors among my relatives.  But it turned out that after suffering a sore throat, I developed a complication, I was in the hospital for a long time ... And, probably, at that moment I clearly realized that I wanted to become a doctor, namely a Paediatric Surgeon.  By the way, I began to study literature, and one of the books by Stanislav Doletsky "Thoughts on the Road" became my guide to medicine.  And so I consciously made my choice in favor of medicine.  At that time, I was considering admission to Minsk and Grodno.  The choice fell on Grodno for a reason: when enrolling there, it was not necessary to take physics there, ”Dmitry Vladimirovich sincerely shared.

The current Deputy Minister of Health decided to start from the district Baranovich as a surgeon. He worked as a Practical Surgeon for ten years, during which time he gained tremendous experience.  He noted that the first place of work is really important and remains in memory for life!

Mohammad Talal, a student of the medical faculty, said that a number of states do not accept the Sputnik vaccine provided by our country.  Therefore, Talal clarified whether the government can help foreign students get vaccinated with other vaccines?

- “Unfortunately, WHO has not yet accepted the Sputnik V vaccine, but Sinopharm is a recognized vaccine, you will not have any obstacles using it.  And speaking in general, we have launched the production of Sputnik, so, for example, a domestic vaccine will be created in Vitebsk,” Dmitry Vladimirovich explained.

“What vaccine have you been vaccinated with?” Marina Plyshevskaya, a student at the Faculty of Dentistry, asked.

Answering this question, Dmitry Vladimirovich shared an interesting story: “I was inoculated with Sputnik.  The Ambassador of the Russian Federation and I really wanted to make the first vaccination in the fraternal country, in Belarus.  Argentina then competed with us, having received the Russian Sputnik.  And on December 31, in the city polyclinic No. 5 in Minsk, we introduced the Sputnik V vaccine, ahead of Argentina by 7 hours!”

Ali Bashir Bani Mustafa, a student of the Faculty of Medicine, told Dmitry Vladimirovich about the concerns of the students' parents about the safety of their children's education in connection with various, often contradictory, information that is currently being received.  Ali himself convinces his acquaintances that Belarus is a peaceful country, and nothing threatens him or his friends here.  It is quiet and peaceful here, and within the university there are interesting events.

Dmitry Vladimirovich addressed the parents of foreign students: “Our Head of State has repeatedly stressed that no military operations are being conducted on our territory.  We all want to receive a quality modern education.  Simulation centers, training programs - everything is created for students, both domestic and foreign.  There are no divisions between us.  VSMU sounds proud.  We do not want to enter into military conflicts with anyone, we need sustainable development, and our medicine must be science-intensive.”

Dmitry Vladimirovich thanked the medical students of VSMU for their assistance in practical healthcare in the fight against coronavirus infection.  The guest also stressed that he was proud of the development of medicine in Belarus: now more and more importance is attached to providing even small towns with modern equipment.

The VSMU Media Center once again expresses its gratitude to the Deputy Minister of Health Cherednichenko Dmitry Vladimirovich for an interesting conversation, as well as to the rector of the university Anatoly Tadeushevich Shchastny and vice-rector for educational and ideological work Natalya Gennadievna Boltrushevich for the opportunity to ask questions to D.V. Cherednichenko. 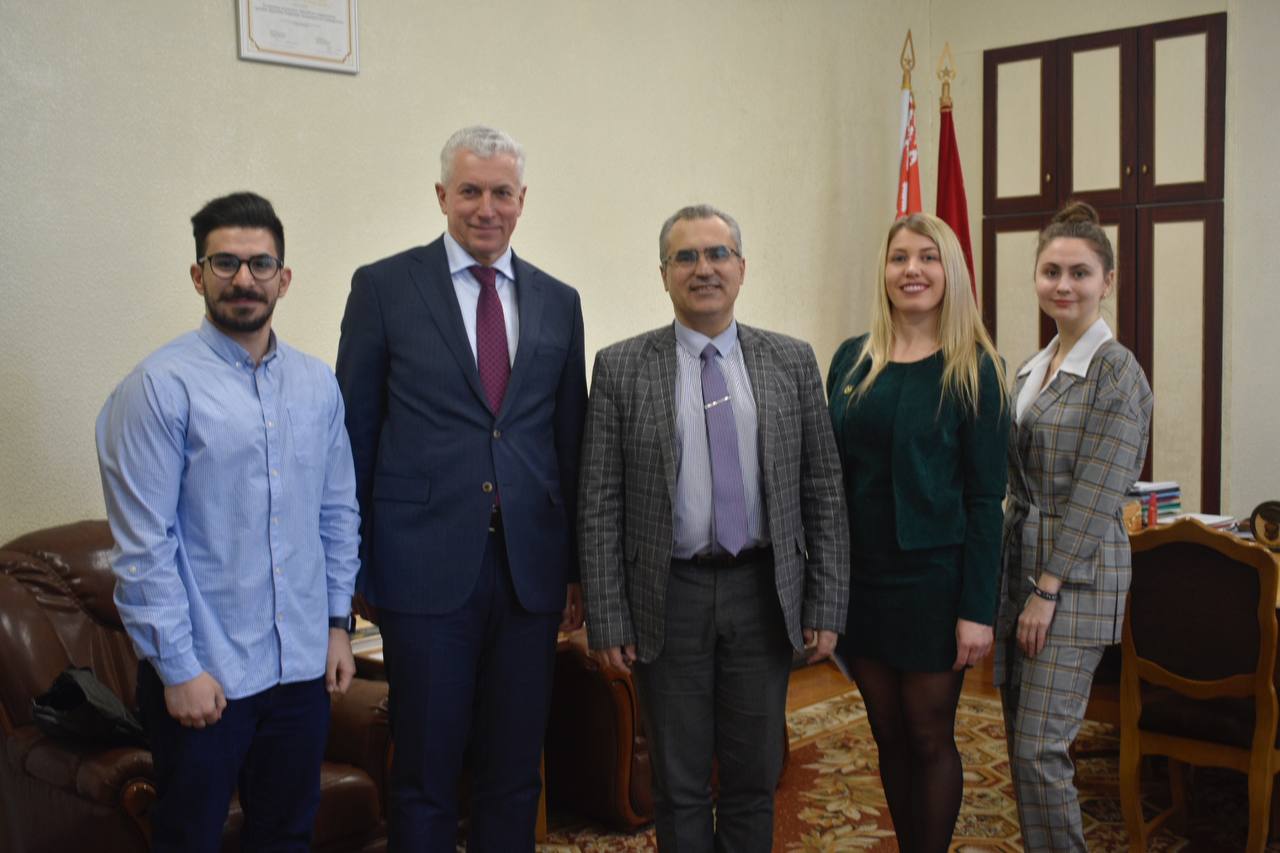 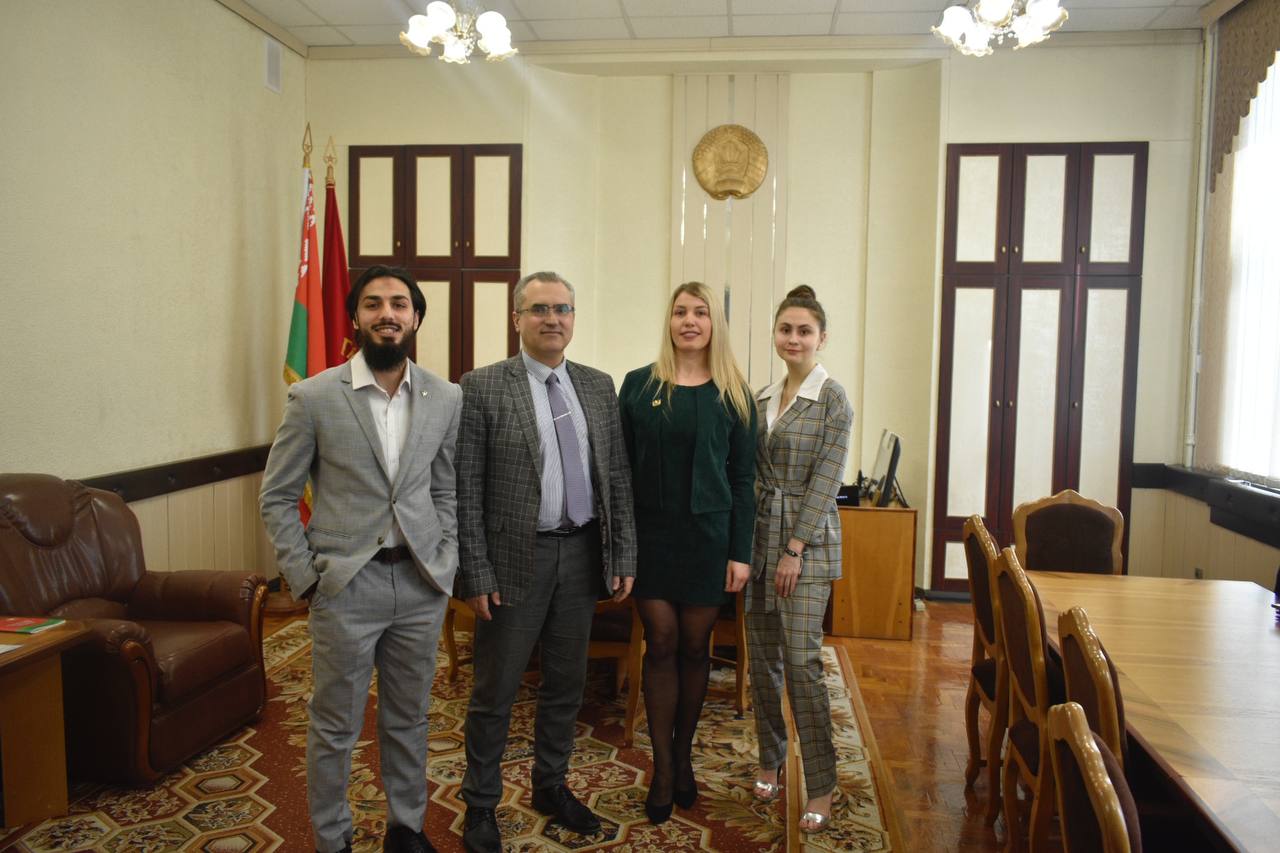 Ali Bashir Banimustafa, student of the 6th year of the faculty of overseas students training;