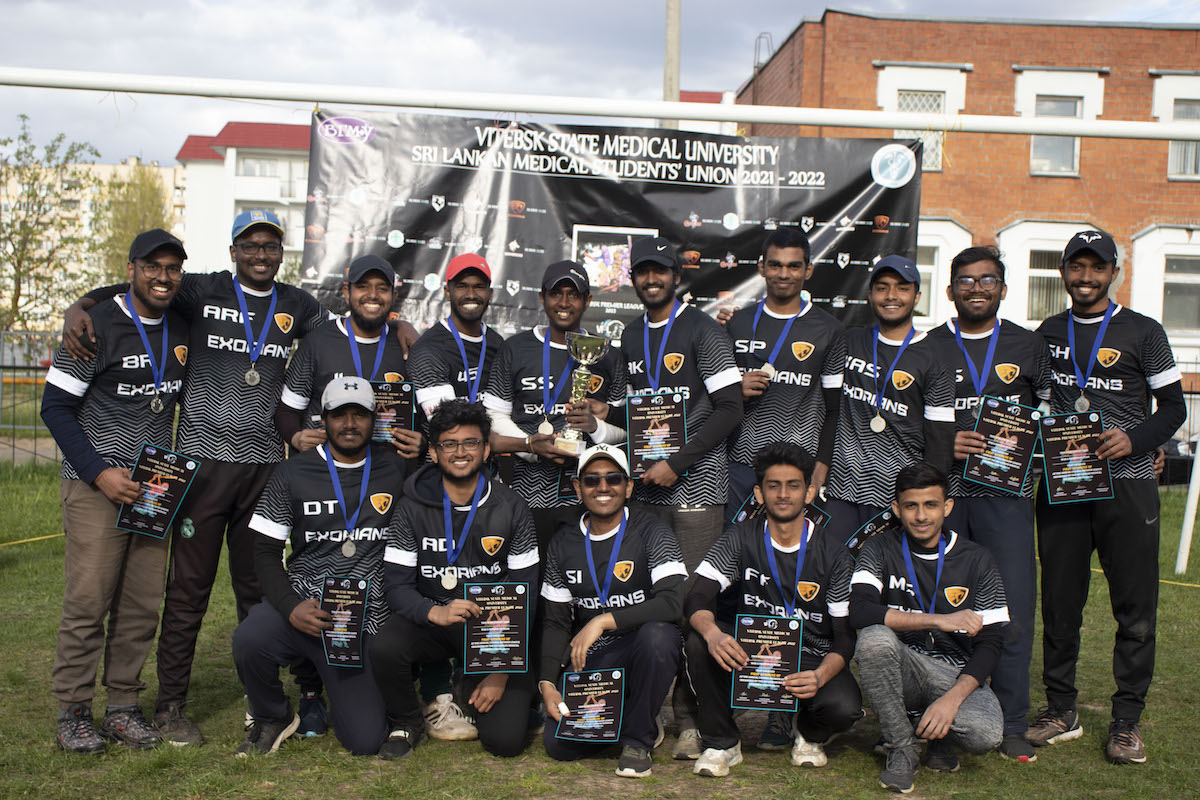 The exciting tournament was held for 3 weeks despite the weather conditions. It was attended by 8 teams of boys and 8 teams of girls studying at VSMU.

Mark Fernando with most runs and Udish Raviraj with the highest number of wickets respectively won the Orange and Purple caps, whilst Malith Kariyawasam was named the best fielder. Supun Sumanarathna was adjuged the player of the tournament for his all-round performances with the bat, ball and on the field.

In the girls' competition, Amani Mohamed Hussain Fatima won the purple caps grabbing the highest number of wickets. Shashini Ranatunga won the award as the best fielder. Mayumi Amaya was the orange cap holder with the most runs and was adjudged player of the tournament for her splendid performance throughout the tournament

The annual beautifully emotional cricket games among Sri Lankan and Indian students create a friendly atmosphere and keep the team spirit alive, which certainly makes for a rich and interesting student life!

Kavinda De Soyza, the 5-year student of the faculty of overseas students training