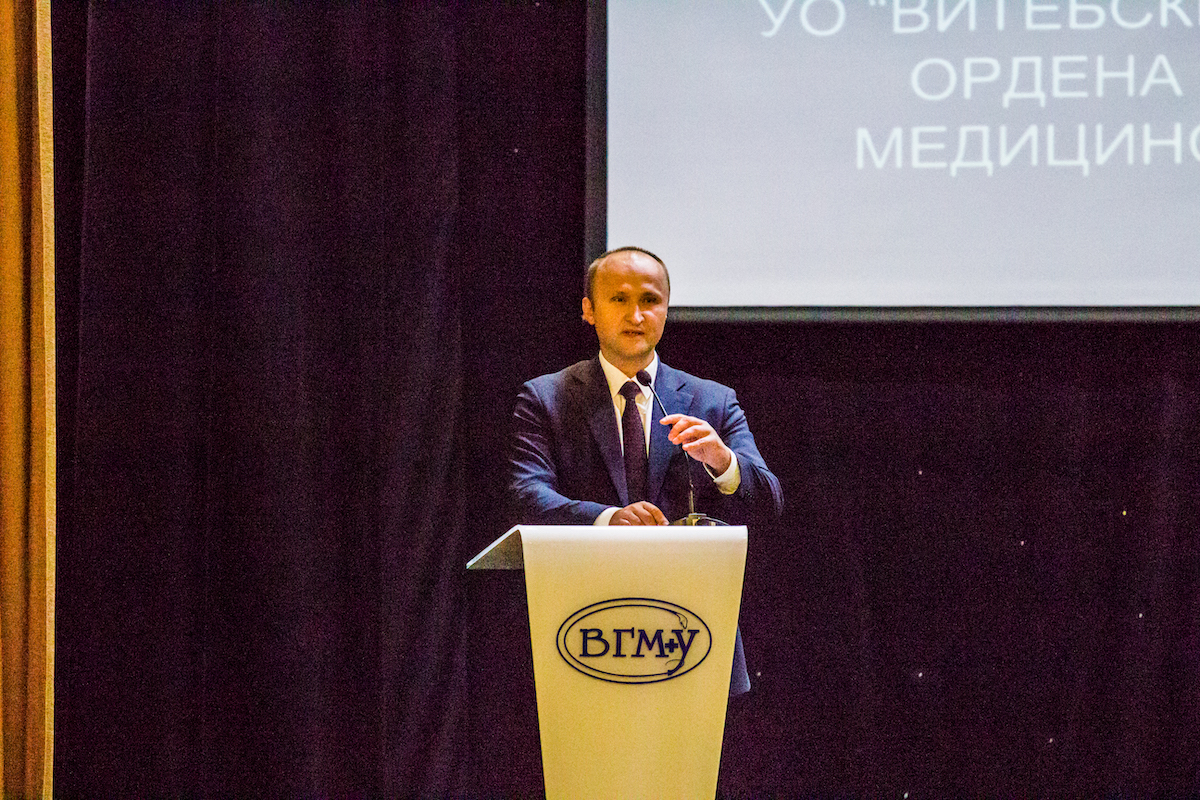 On September 21, there was held a meeting of overseas students (Russian language of training) and residents from among foreign citizens with the members of the Main Directorate for Drug Control and Combating Human Trafficking.

The purpose of this meeting was to draw the attention of students to the problems of drug addiction, to cause a negative attitude towards drug use and to introduce to a healthy lifestyle. Overseas students learned about the problems associated with drug use, its distribution, and some statistics. Difficult life situations that may lead to drug addiction, the possible consequences of the use of narcotic substances were also discussed.

After the meeting, a friendly volleyball game took place between the volleyball team of VSMU and the members of the Main Directorate for Drug Control. The team of VSMU won the game.