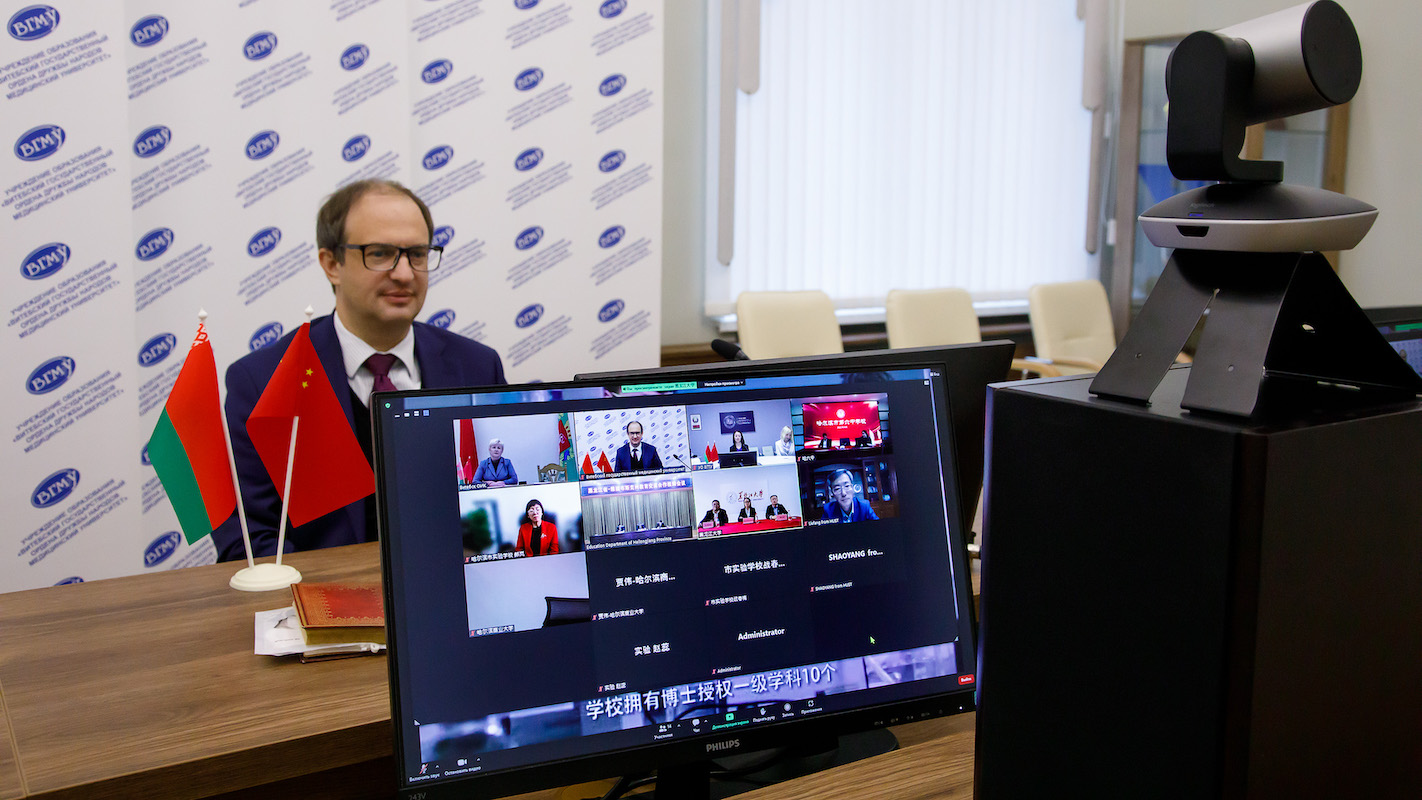 On September 22, 2022, an online conference on contacts and cooperation between Heilongjiang province and Vitebsk region in the field of education was held, it was dedicated to the 10th anniversary of the establishment of sister city relations between Harbin and Vitebsk.

The event was attended by Vice-Rector of International Affairs and Work with Foreign Citizens, Associate Professor Maxim Savchuk. In addition to VSMU, higher educational institutions of Vitebsk, as well as secondary schools of the Vitebsk region, participated in the conference.

VSMU showed a presentation about the educational and scientific potential of the university. During the meeting, the participants of the event spoke about the activities and achievements of their universities and schools, and also discussed the possibilities of creating joint youth exchange programs, increasing the academic mobility of students, scientists and teachers, further improving and bringing together the education systems of the two regions.