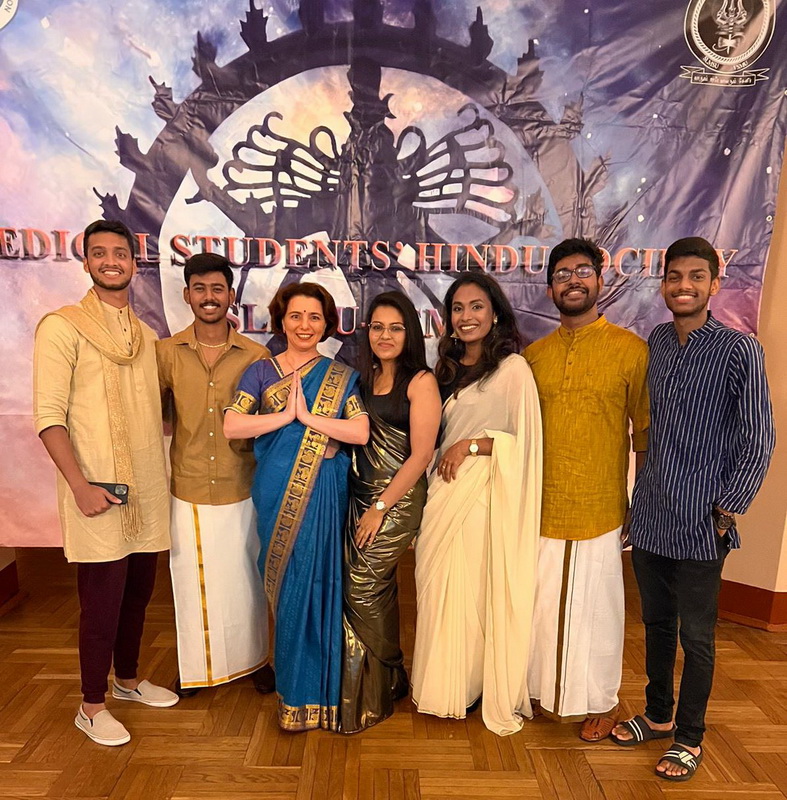 Dilwai Kalai Vizha organised by the Medical Stidents Hindu Society of SLMSU was held on 29th of October 2022 at the Palace of Culture of Railway Workers. Cultural Dean Maria Alexeevna, Lubov Orekhova – Department of Public Health, Dr.Denesh Nithiyanandadeva, students from Srilankan and Indian communities as well as form different nationalities were present there for the event.

The event started with lightning of the oil lamp. The special invitees were called upon the stage to light the traditional oil lamp. After that the welcome speech was given by the committee members of the Hindu Society. There were many colourful events such as dance items, solo and group singing, showcasing of traditional and fusion items were performed by various groups of Sri Lankan students community and Indian students community. As usual Mixfeeds and Thakalis gave notable great performances.

There were speeches from the special guests. Cultural Dean Maria Alexeevna in her speech praised the students for having such a colourful event and talked about the festival of Diwali. Lubov Orekhova spoke about the importance of Diwali in student’s life and conveyed the message from Professor Glushаnko. Haznath Razool – President of SLMSU, Prithiv Chakravarthy – President of IMSU also gave their speeches. The event concluded with the vote of thanks by President of the Hindu Society Banujah Sundareshan.

The event was well organised with nice decorations and a beautiful photobooth. At the end of the function the students had the chance to dance and to enjoy for nice songs. And last Sri Lankan traditional meal was provided to all those who’ve attended the function.