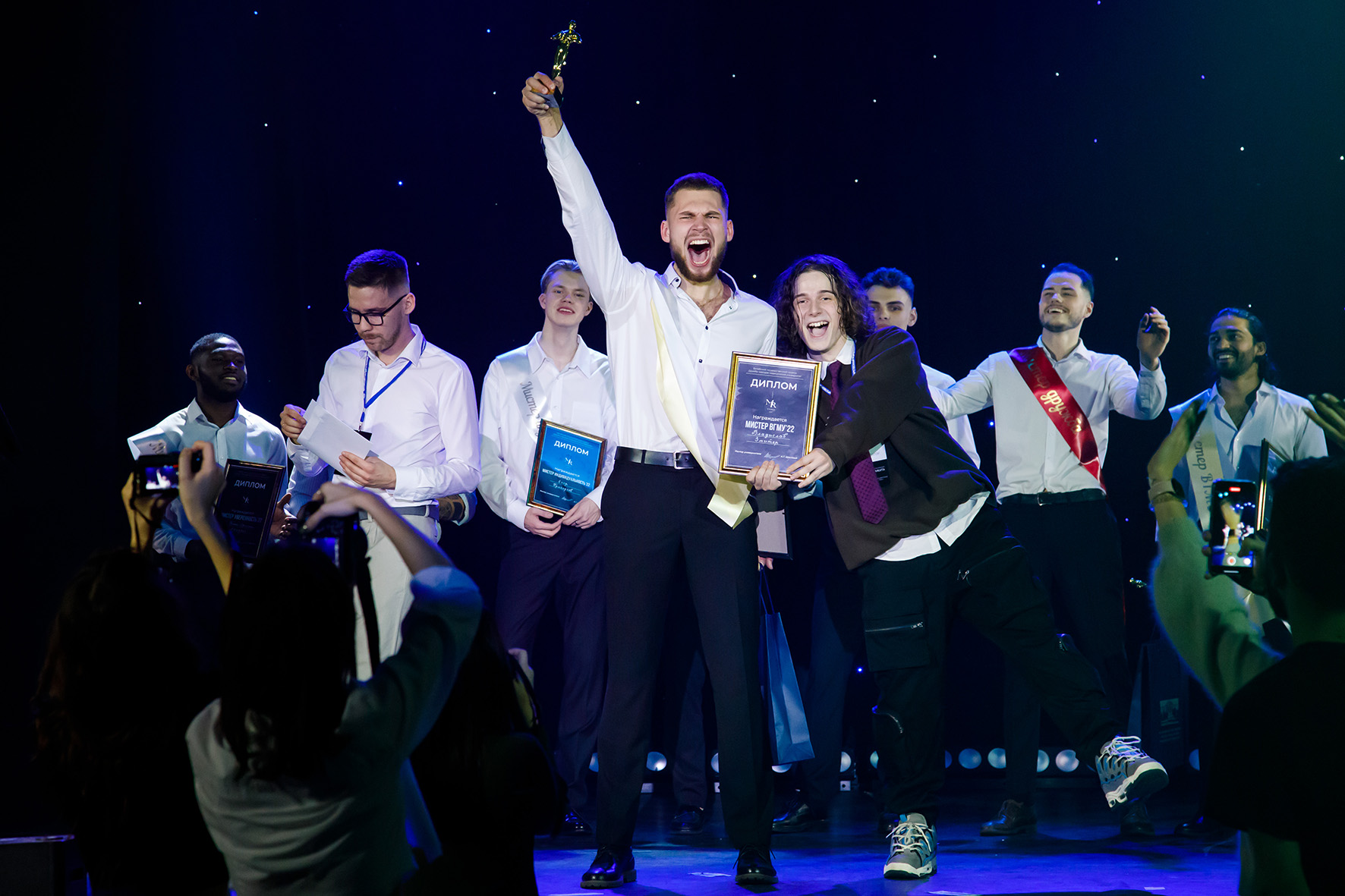 On November 17, 2022, VSMU hosted a mega show, for which everyone was preparing and waiting for so long. Nine courageous, talented, creative, charismatic young men from different faculties of the university competed for the title of “Mr. VSMU – 2022”. That evening, the hall was filled with a hot atmosphere. The audience did not hide their emotions: supporting the participants, they were singing and dancing.

On the first defile, the young men came out in black cloaks, then in suits designed by students from VSUT. The young men demonstrated their creative performances, answered the questions of the presenters.

After completing the program, the jury summed up the results of the competition. The nominations were distributed as follows:

Until November 24, in the DO system, voting is held for the contestant in the nomination “Mr. Audience Choice”. We invite you to take part in the voting.