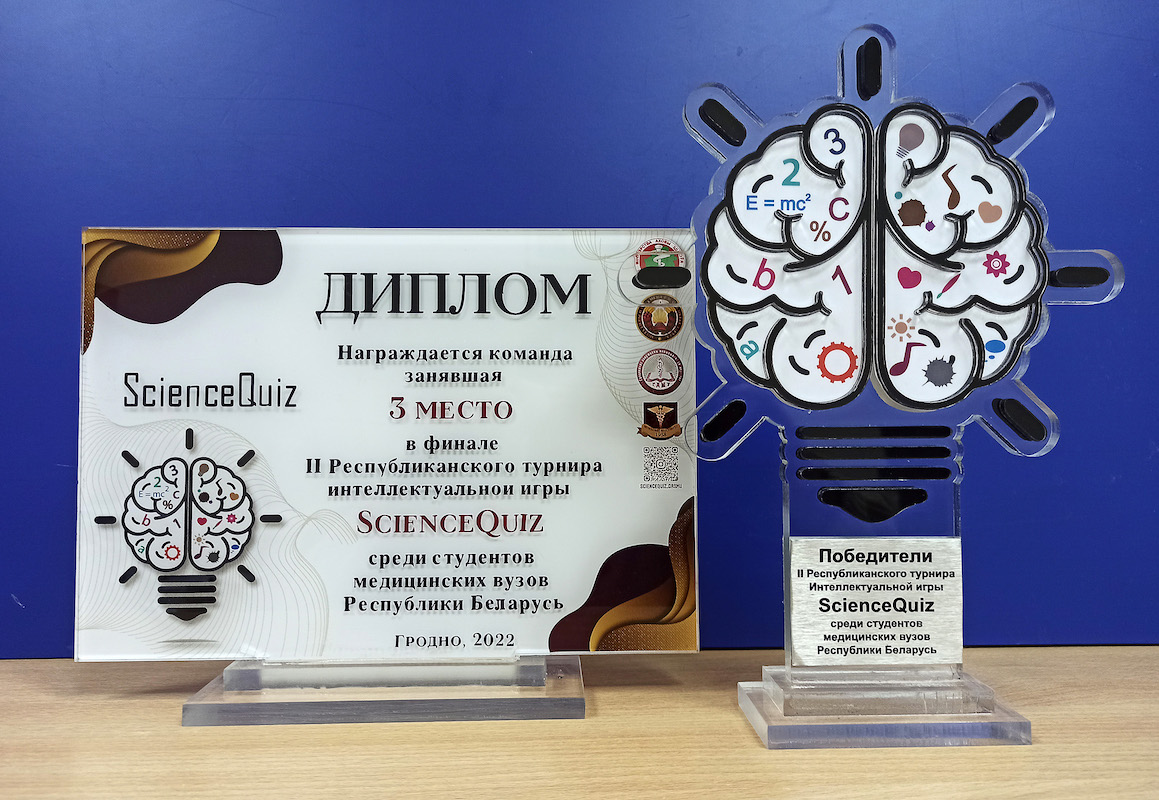 On November 17-18, the final stage of the II Republican tournament of the intellectual game "ScienceQuiz" among the medical universities of our country was held at Grodno State Medical University. Three teams from each university, 12 teams in total, competed for the title of the best. For two hours, the participants answered questions on a variety of topics: from the geography of Belarus to world cinema. In a difficult and  hard-fought battle, the team of VSMU “Andjoy Korzina” took the honorable first place. Congratulations!

The team members were students of General Medicine and Pharmaceutical Faculties: Nvokike Dennis, Kurgan Rostislav, Khoroneko Daria Sergeevna, Seledtsova Alina, Kostyanko Evgeniy and Tonkovid Anna. Another team of our university, “Accept and relax” consisting of students of General Medicine, Pharmaceutical and Stomatological Faculties: Zhuravlev Ivan, Korobov Dmitry, Mefodienko Maria, Generalova Svetlana, Skovorodkina Anastasia and Myasoed Elizaveta took the third place. Also, VSMU was represented at the tournament by the team "Equipo" (last year’s winners). The team captain, a student of General Medicine Faculty, is Kiselev Daniil Andreevich. But this time, luck was not on their side. In addition to competitions in intellectual games, the teams took part in an open dialogue with representatives of the administration of the university and the region, visited the simulation center of the Grodno State Medical University.

We congratulate the participants of the winning teams and their supervisor Generalov Sergey Igorevich, assistant of the Chair of Clinical Immunology and Allergology, and wish VSMU new victories! 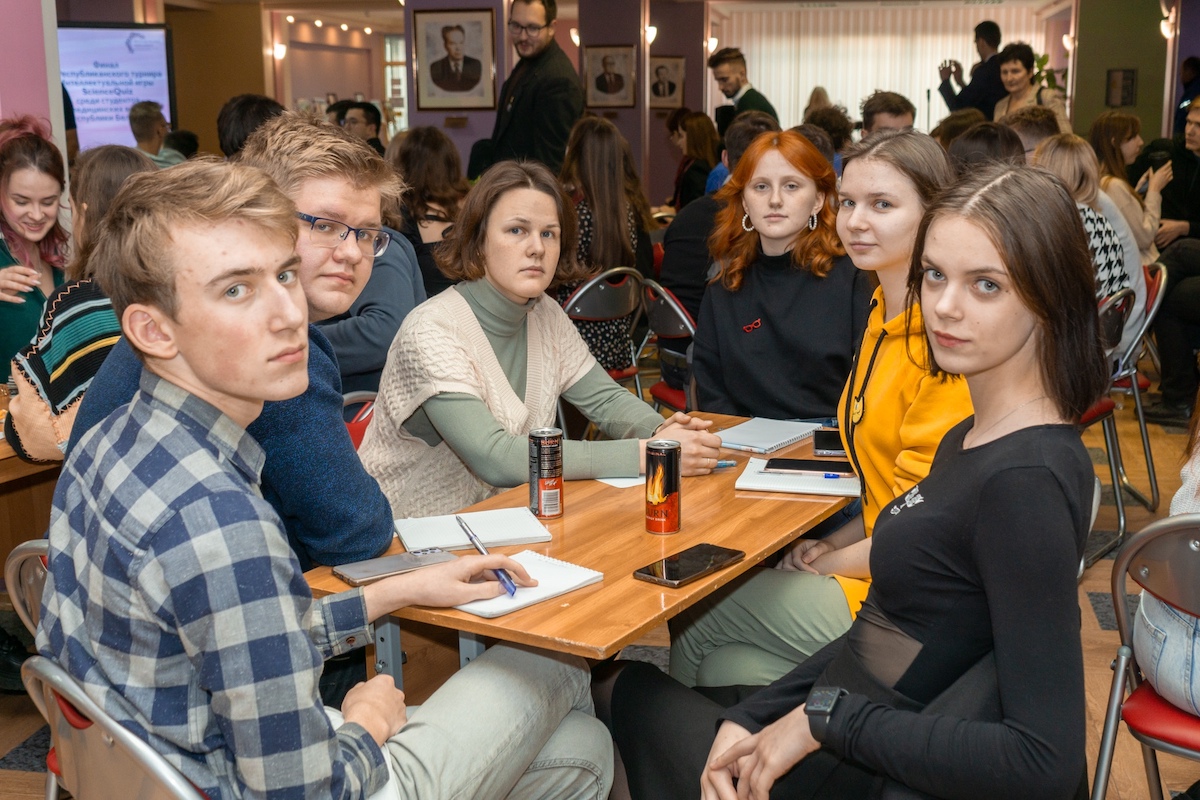 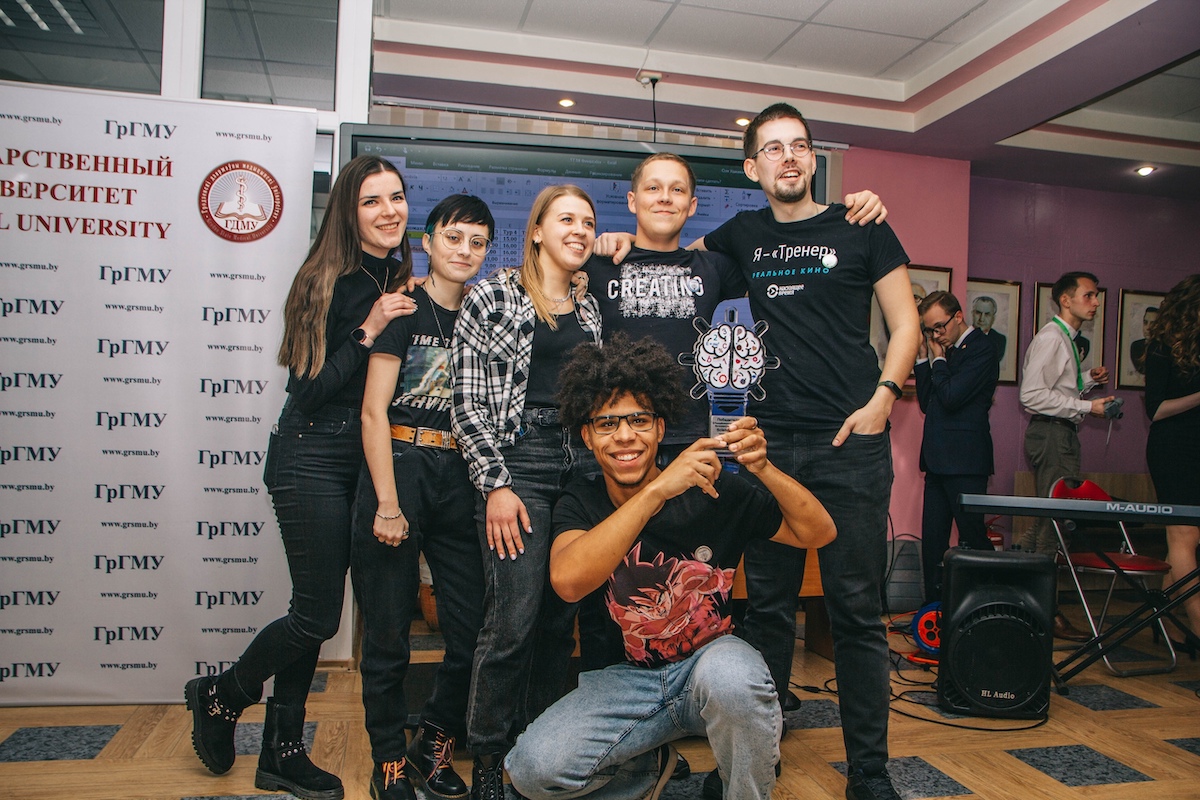 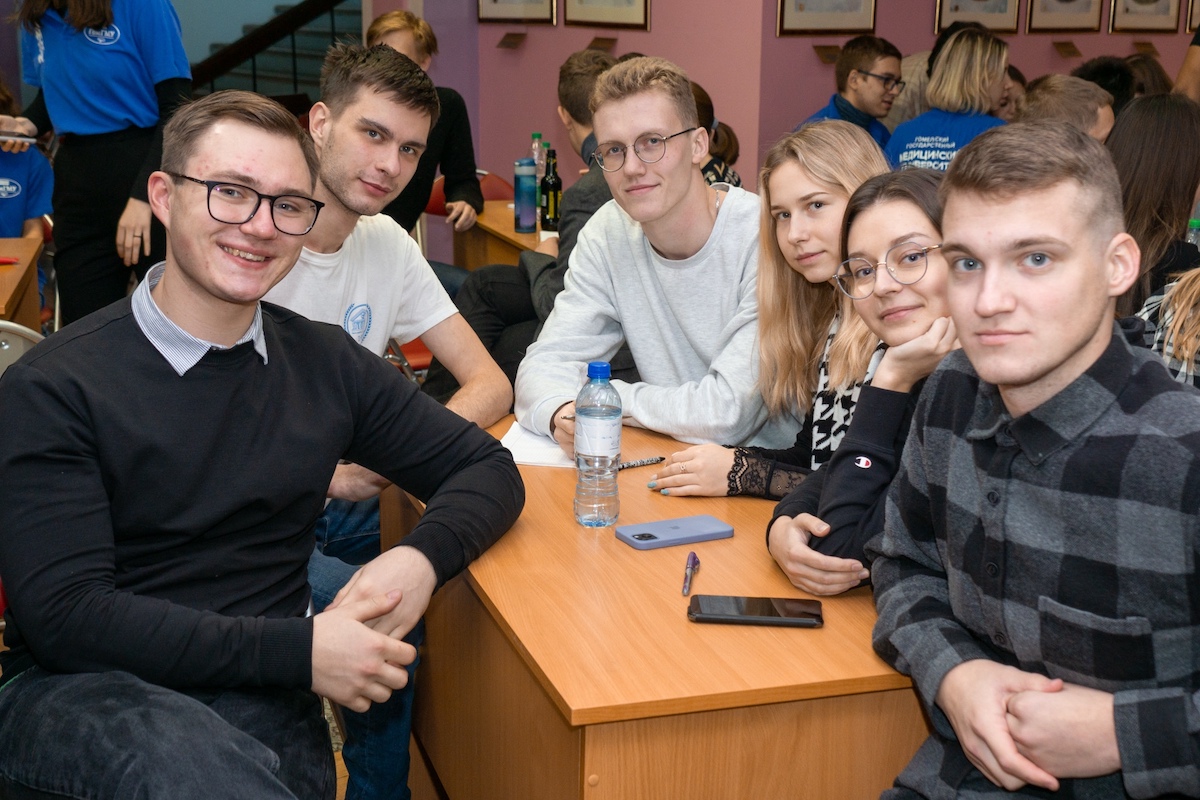 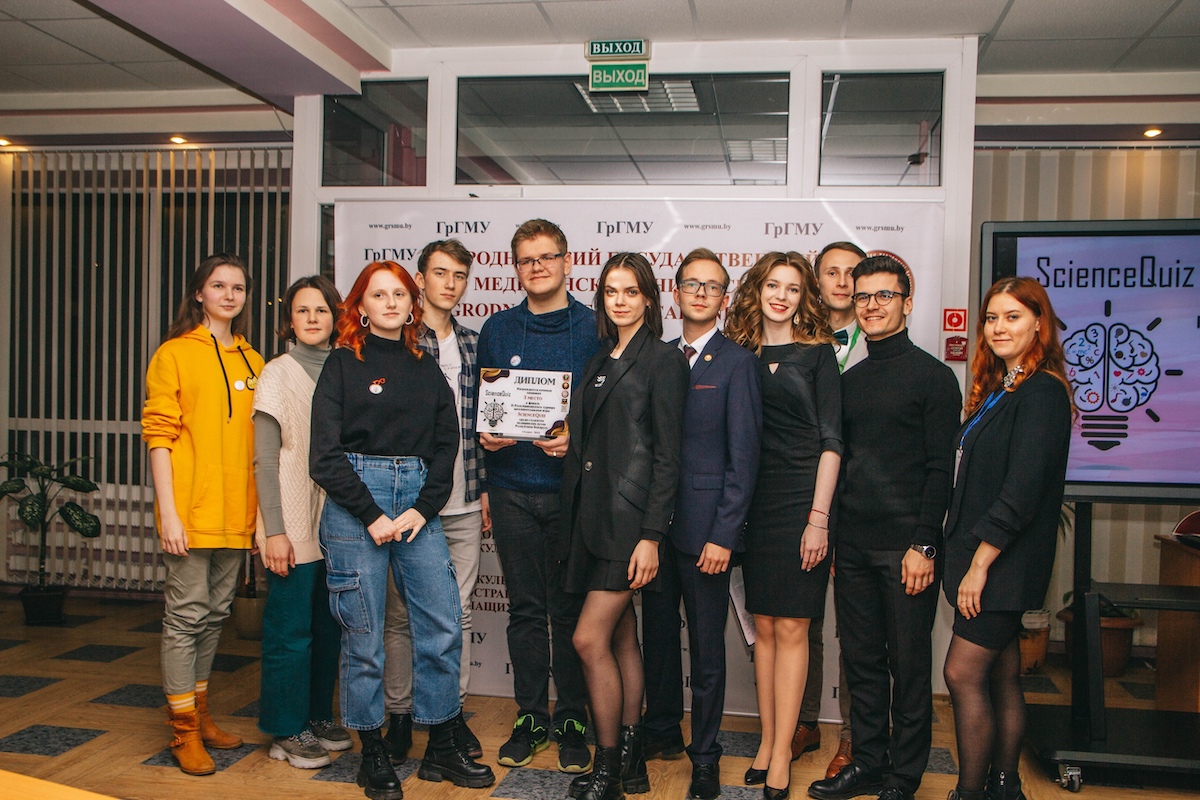