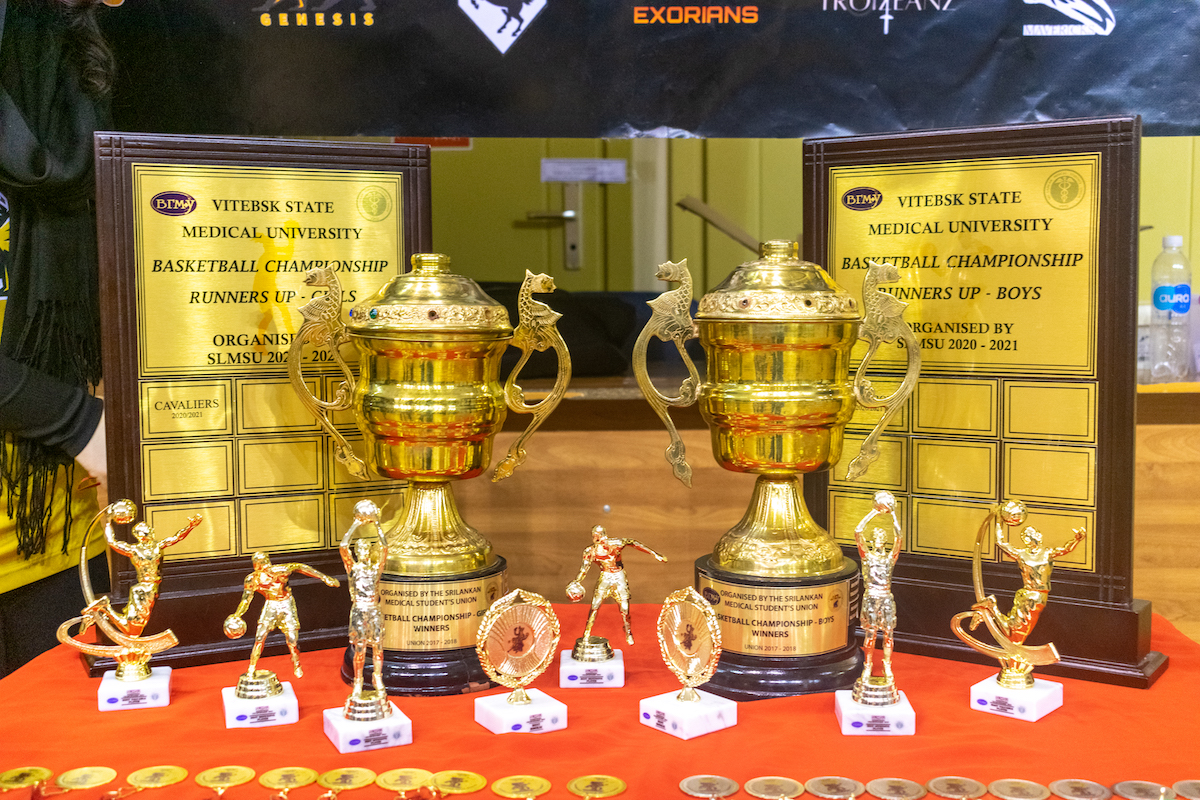 The annual basketball tournament organized by the Sri Lankan students’ Union of VSMU was recently held, at the Vitebsk sports complex in Ludnikova Avenue.

This year six boys teams and six girls teams participated in the competition representing their batches. Whilst being highly competitive, the tournament was played in the spirit of great sportsmanship.

In the boys tournament, team “Interns” directly qualified for the finals after topping the table. The semifinal was played between team “Exorians (A)” and team “Xanthrons”. “Xanthrons” captained by Nikira Demian won the semi and went on to clinch the championship this year after they beat team interns in the much anticipated final.

Finally, a friendly match was played between team “Vitebsk” and the invited team “Minsk”, where the latter emerged victorious.

Top performs of the tournament were rewarded with the following titles for their amazing display of skills:

The best teams and players of the tournament were awarded with medals, diplomas and rolling cups. Everyone received a huge charge of positive emotions, and a real sports spirit, healthy rivalry and at the same time support strengthened the friendship of students and made student life even more interesting and intense!