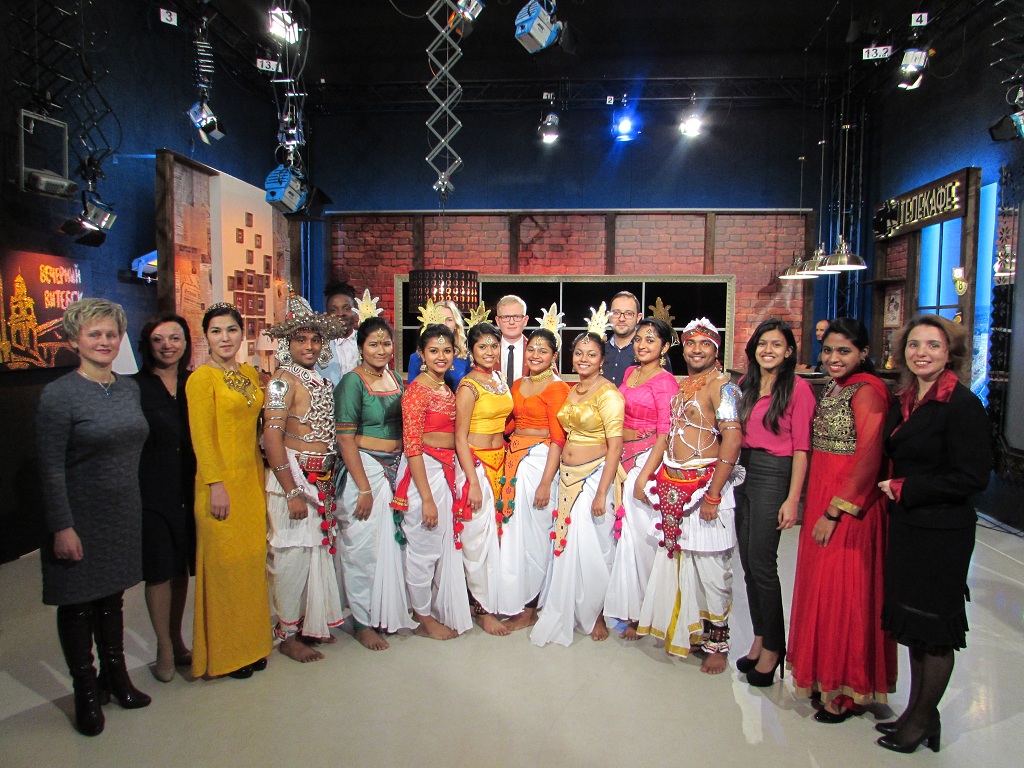 The "Evening Vitebsk" program, participated by vice-rector for Pedagogical and Ideological work Olga A. Syrodoeva, the deputy dean of OSTF Maria A. Senkovich, overseas and belarusian students, went on air on 8 November 2016 on the television and radio company "Vitebsk". The talk was devoted to the International friendship and National cultures, which had been conducted within the framework of XX International Art Festival of medical students "Student autumn VSMU 2016".

Olga A. Syrodoeva spoke about the history of the "Student Autumn" festival, university activities, traditionally actively participated by foreign students of different communities and many other things. Maria A. Senkovich described how the friendship and national cultures meeting had passed, what the atmosphere was like, and talked about the future prospects of such events. The foreign students from Sri Lanka, Turkmenistan, Lebanon, Nigeria and belarusian student also took part in the conversation. They showed colorful bright creative performances, and introduced souvenirs of their respective countries, and even some dishes of national cuisine. In general, the TV-program was interesting, spectacular, and, to my opinion, will be remembered by all the participants for long.

Deputy Dean of the Faculty of Overseas Students Training Maria A. Senkovich