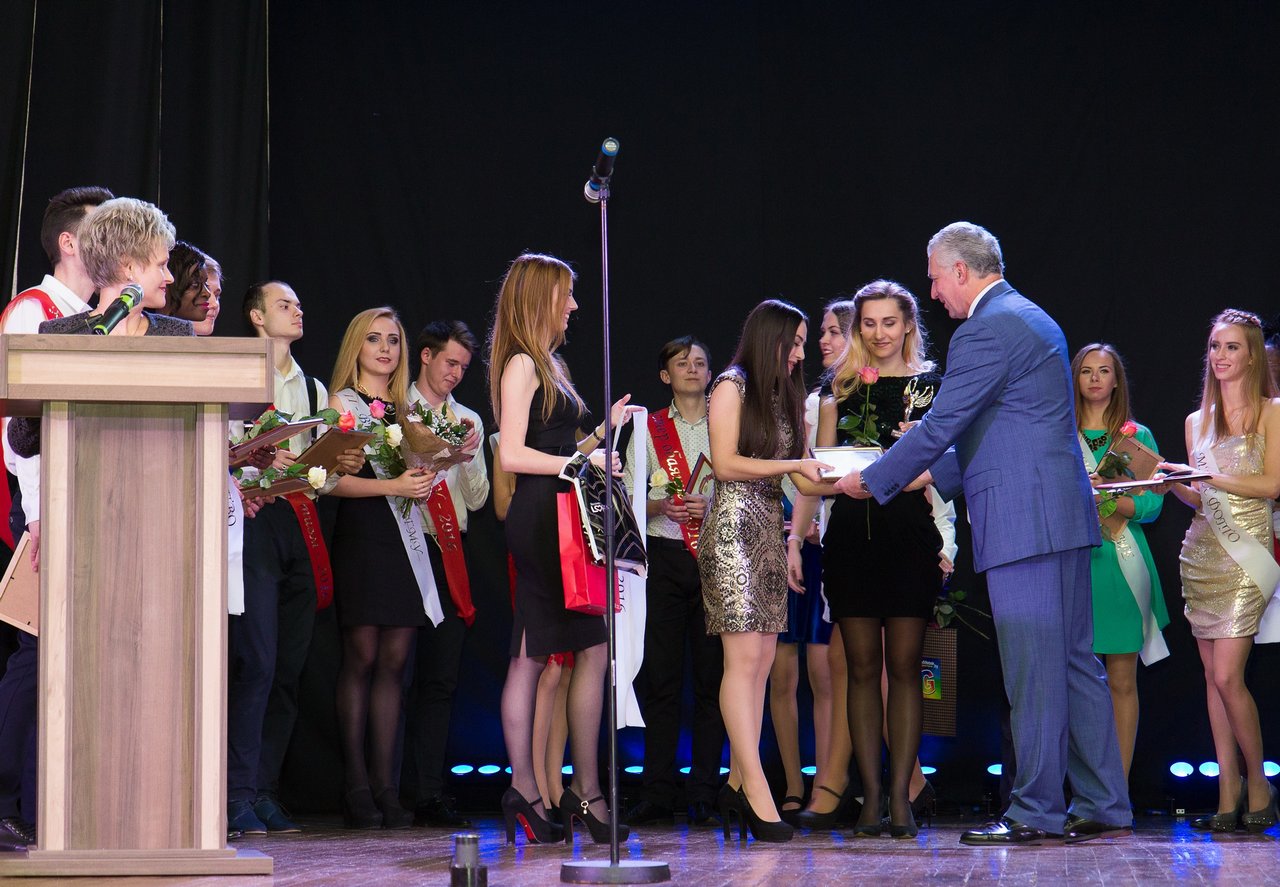 According to the good old festival tradition, the VSMU audience hall was full: students, academic staff, university administration and invited guests gathered there. The festival week is coming to an end, which was full of beauty and charm, music and fun, expectations and excitements. We all were waiting for winners of contests and competitions to be announced, and it finally happened ...

Participants of the exhibition of student creativity, culinary art, the winners of sports events in individual and team competition, the winners of intellectual games, as well as the winners of the contest of young performers "Melofon-2016" were also awarded this evening. A special nomination "For loyalty to the festival" for personal contribution to the development of the VSMU festival movement was established for the first time. Its first winners became: Shablyko Nadezhda, the organizer of the "Miss VSMU" contest; Veremchuk Oksana, the head of the "Quickstep" ballroom dance group and Kirillov Andrei, an accompanist of the student club.

The closing ceremony was attended by the members of the National Assembly of the Republic of Belarus, Doctor of Medical Sciences, Professor Sergey Zanko and Associate Professor Alexander Tsetsocho, as well as the Chairman of the Vitebsk regional organization of the Belarusian trade union of health workers Muzhichenko Vladislav, who awarded our university with the Certificate of Merit.

After all prizes were awarded, all results reviewed, and all the words of gratitude spoken, the audience could enjoy the best concert numbers of the passed festival.

This festival can be regarded as the most-most: the biggest, the brightest, longest, most ambitious in the history of VSMU! I am sure that our "Student Autumn" will become better, more beautiful, and more spectacular every year. And let us say every time when the festival is over: "This year's festival was the coolest!"