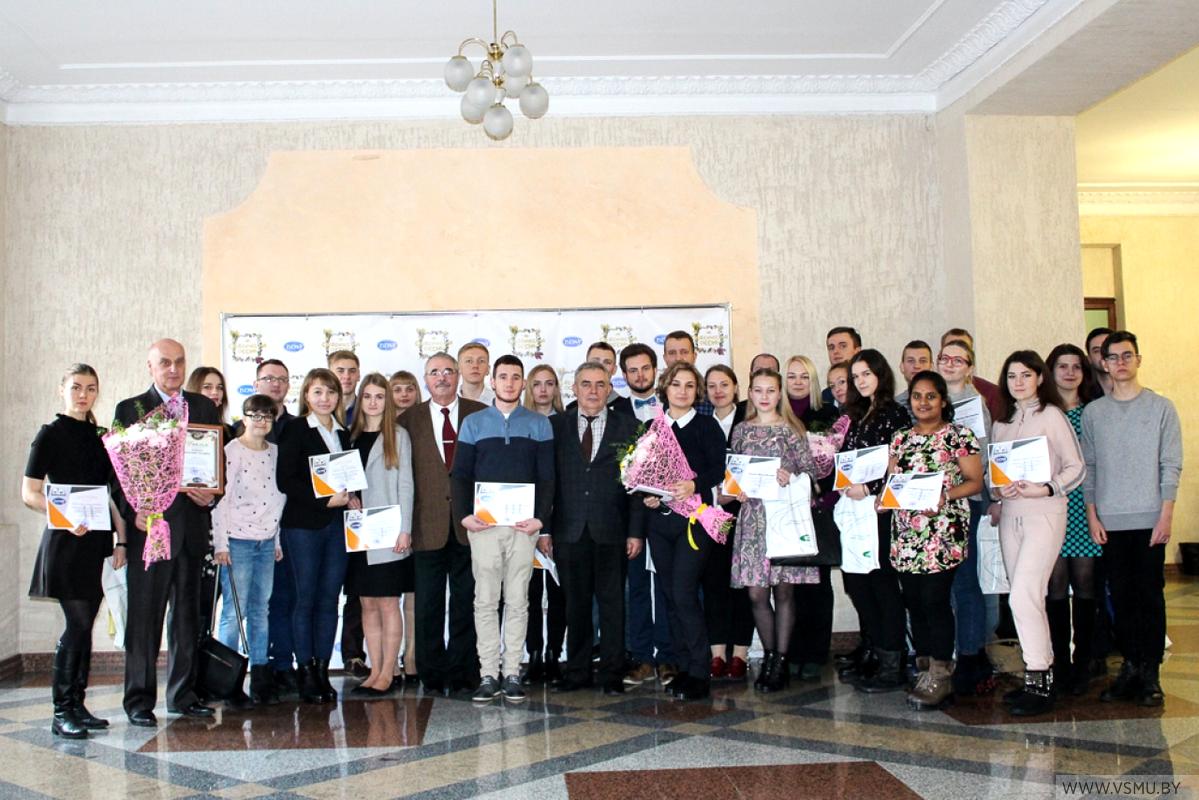 Traditionally in autumn, at our university the XVIII International Scientific and Practical Conference "Student Medical Science of the XXI Century" was held to summarize the results of scientific and practical activities of students and young scientists. This scientific event took place on November 14-15, with more than 200 talented students, undergraduates and graduate students from Vitebsk, as well as from other cities of the Republic of Belarus, the Russian Federation and Ukraine taking part. Students’ Scientific Society and the Council of Young Scientists of VSMU were the organizers of the conference.

The conference worked in various spheres of clinical and fundamental medicine, and pharmacy as well. This year, 14 sections on actual issues of modern medical science were held at various sites of the university.

Vice-rector of Scientific and Research Affairs Sergey Albertovich Sushkov awarded diplomas and memorable gifts to the authors of the first, second and third categories summarizing the results of the conference. In total, following the outcomes of the conference, 45 speakers showing the highest results at their section meetings were awarded diplomas.

It is worth pointing out that students and young scientists delivered scientific and research results at a traditionally high level at the International Scientific and Practical Conference, which contain enormous potential of future specialists.