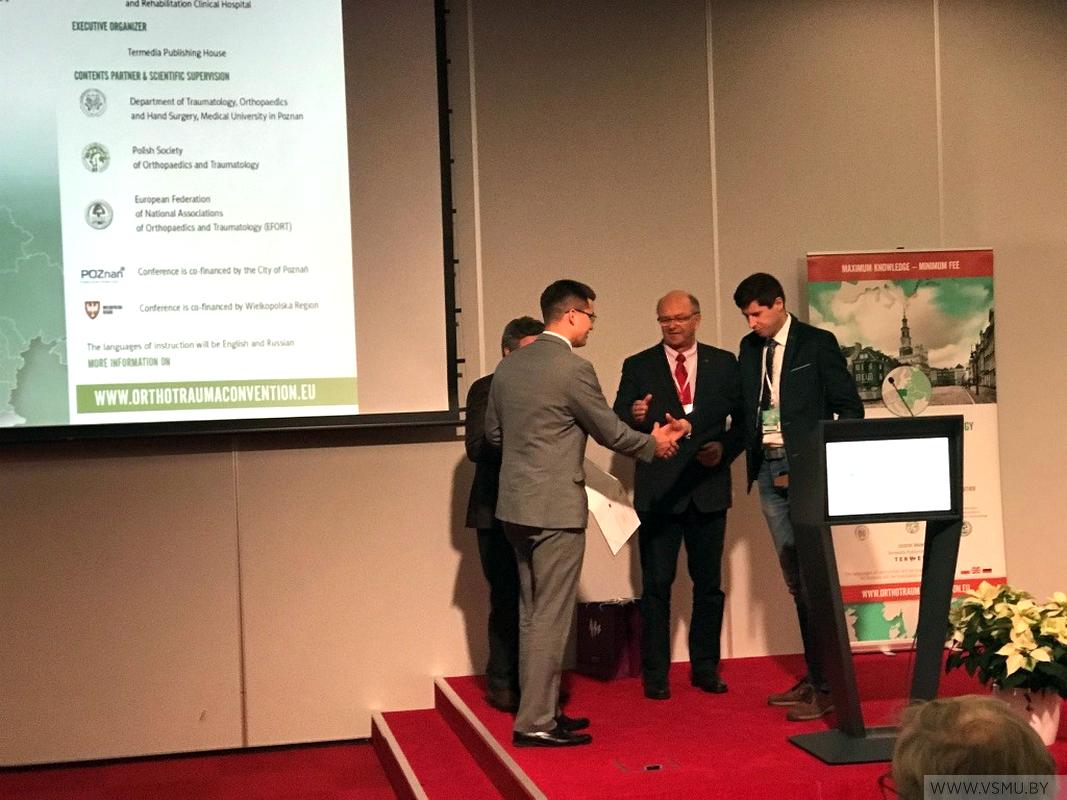 As part of the delegation of orthopedic and traumatology of the Republic of Belarus, the representatives of our university participated in the work of this meaningful international scientific forum: the head of the department of traumatology, orthopedics and field surgery, assistant professor Boloboshko K.V. and assistant lecturer of the department, a postgraduate student Khodkov E.K., who presented two poster reports on the results of department-based scientific research. The report on the topic “Antifibrinolytics in total knee arthroplasty” aroused a keen interest among the conference delegates as having great practical significance with substantial economic efficiency and was nominated for the First Prize by an authoritative scientific committee. This work is carried out in conjunction with the Department of Anesthesiology and Resuscitation (Abdulina Z.N., Khodkova Yu.V.) and has already brought noticeable results. The introduction of the proposed innovative complex techniques has significantly improved the results of knee joint prosthetics, completely eliminated blood transfusions, and reduced economic costs to a minimum.
The latest achievements in the field of traumatology and orthopedics were presented to the participants of the conference, an exhibition of modern medical equipment and master classes were organized.

Business and personal contacts have been established with leading specialists from the Republic of Poland, Germany, Denmark, Russia and other countries in the field of traumatology and orthopedics. A meeting with Professor L.Romanovsky, Medical University of Poznan was held, resulting in signing an agreement on further development of mutually beneficial cooperation between the specialized departments of traumatology and orthopedics of the two partner